Acorn TV’s intriguing, darkly comic crime series, Dead Still, set in 1880s Ireland during the era of “post-mortem photography” is one strange trip.  Michael Smiley, known for his work in A Field in England, Kill List, Come to Daddy and Luther plays “memorial photographer” Brock Blennerhasset, a renowned artist on the cutting edge of this new 19th-century technology. The European tradition of posing the recently deceased in an idealized framework to photograph them looking, well, alive was popular in the upper classes. These photos, these dark keepsakes were all the rage. Sounds grim, doesn’t it?  But Dead Still is zany, crammed with gallows humour and oddball characters, and looks at social issues like the dark side of new technology as photography partners with ghost hunting, pornography, deviance, and murder. Dead Still co-stars Kerr Logan, Eileen O’Higgins, and Aidan O’Hare as characters who join forces with Blennerhasset; they discover that a dangerous photo album is out there, and something stinks in County Wicklow.  I spoke with Smiley from London.

The idea of taking pictures of propped up dead people seems barbaric, but it was cutting edge at the time.  Why do you think people stopped doing “memorial photography”?

People look back on the Victorian times as a strange, a time when people were obsessed with death, partly because of Queen Victoria’s mourning of Albert. She wore black all the time and the idea of memorial photography was conceived.  Parents could carry around pictures of their dead children. But once we were able to move the camera, we could focus on people who were moving around and living and enjoying life.  That’s what you want to carry around in your wallet! 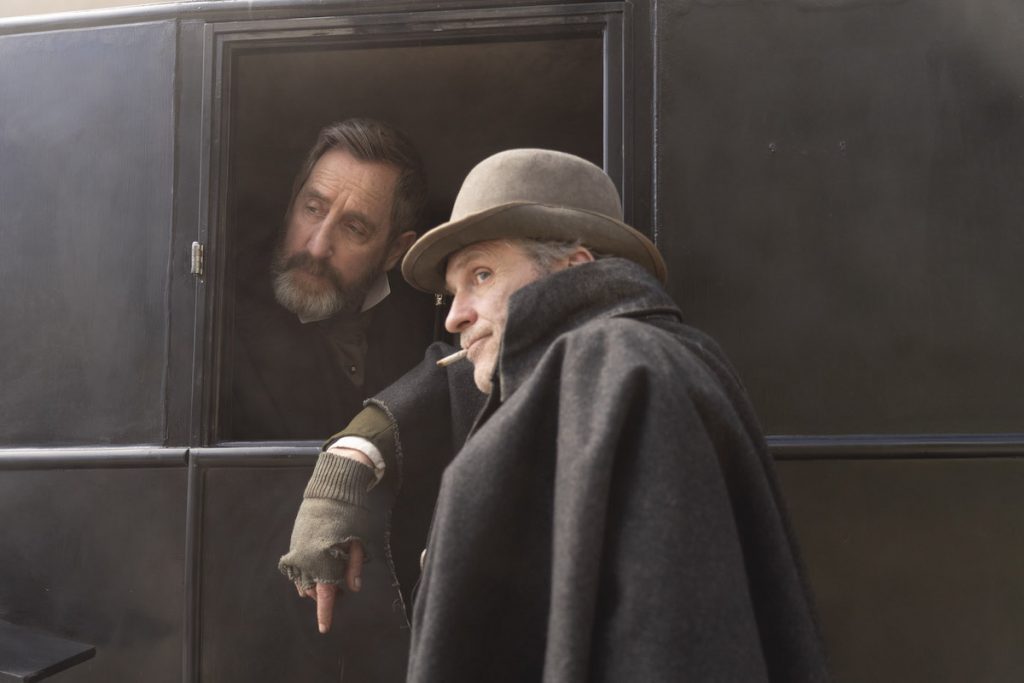 Blennerhasset’s formality heightens the outrageousness of the script! His response when someone asks for a “light disinterment” so he can photograph his late wife. And the time he tells his assistant to get the dead boy. “That child won’t grab itself!”

For me, with comedy, you play drama. And when the writing is good enough it works. You can take your time. Coming from stand-up comedy, not being an aberration in Northern Ireland, we have that industrial comedy timing, that New York quickness and wit. You read what’s on the page and to make it funny, you don’t play it for laughs. And yes, he’s quite strange.

The three central actors must work together with incredible timing and comedy, in intense conversations. It’s like watching a tennis match.  Was that challenging?

Not at all because Irene and Kerr and Aiden who plays the detective are such good actors. They got it really quickly and we all got on well. We sat around making each other laugh on the set. They have empathy which is important. Also being in Ireland as Irish people filming the production was amazing. For me, it took longer to get to Ireland from London and we only had a short time on the set. But being Irish we already understood each other, and we were able to just relax into it. I felt like I’d come home with the banter and celebration. It was a really beautiful experience; I don’t think I’ve been on a happier set.  Also, the darker the subject matter the more you laugh off-camera.  It was a scary story, but we spent the shoot laughing. It’s not the scariest film I’ve done though, that was Kill List! 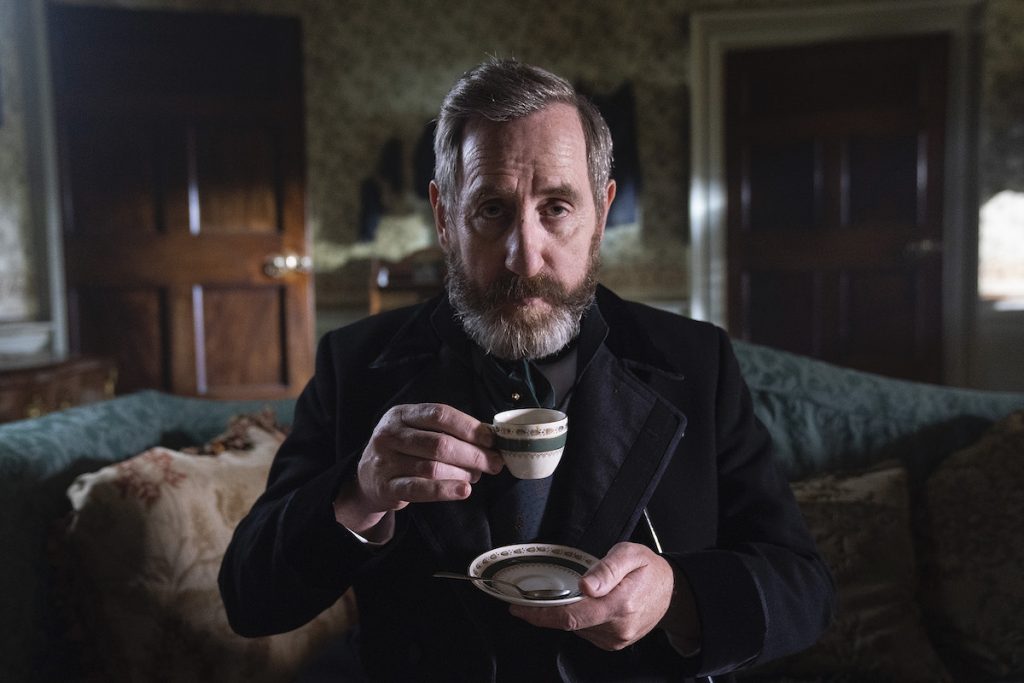 I hope there is a second season!

I’d very much love there to be a second season. The first season lent itself to the subject matter and you can see where it can go on, and there’s this secret society. It opens itself up.