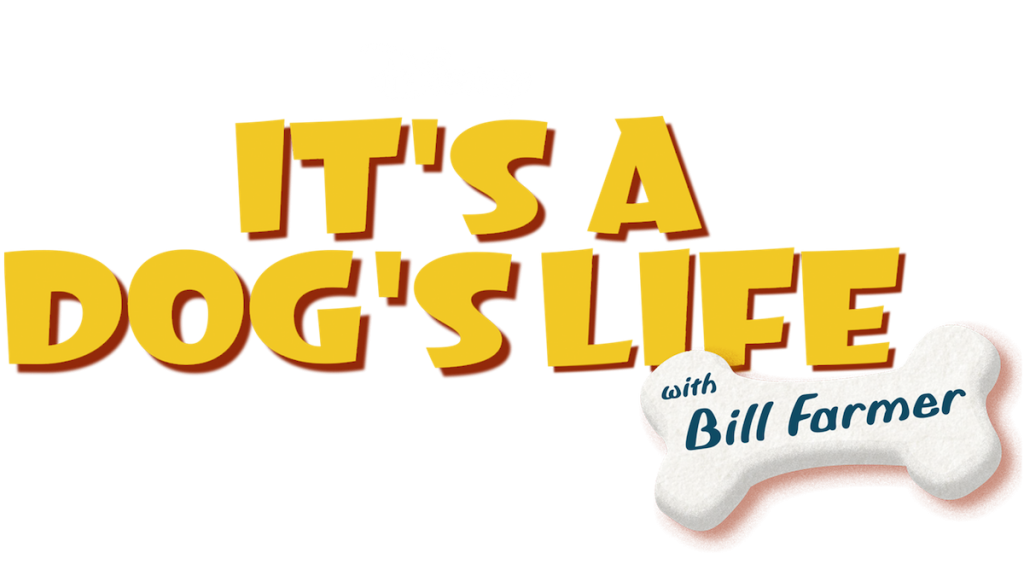 Bill Farmer, the voice of Disney’s beloved Goofy and Pluto is going to the dogs in a new series now on Disney+. Bill Farmer’s It’s a Dog’s Life takes him to far off places looking for interesting partnerships between dogs, their non-dog best friends, and humans.  At the Cincinnati Zoo & Botanical Garden Farmer meets Remus, a puppy whose best friend is Donny, the cheetah.  In Reno, he meets Lark a companion dog to Logan, a young boy who dreams of becoming a voice-over artist like Bill.  And then there was the time a dog had to rescue Farmer from under feet of snow.  It’s fun and educational and kids and adults will love it; the dogs are amazing, the stories heartwarming and it’s great stay-at-home viewing.  I spoke with Farmer from his home studio in Los Angeles.

I love It’s a Dog’s Life!   There are lessons to be learned about the interspecies friendships you show us in the series – tolerance, diversity and goodwill.

It’s kind of funny. All the dogs we followed in the course of the show, it became apparent that dogs love helping people. You can’t make a dog do what he doesn’t want to do but they love to get a toy, affection, or a treat.  They love helping, that enthusiasm really struck me. I’m used to dogs but my dogs spend about 85% of their time sleeping!

You visited 3-year-old Moose, the chocolate lab who is best friends with Donny the cheetah. The look on your face watching the cheetah run was priceless!

We had to shoot the scene several times because the cameraman was ready and but couldn’t follow it because it was going so fast. He was expecting it to run as fast as a person, but he came out like a jet! Wow!  It’s an endangered and precious species, an amazing animal. We have to keep them safe and help them.

The show has amazing footage of animals we might not see otherwise. I hope it inspires people to educate themselves about different species.

I’m just curious. I’m curious about all kinds of fun things. I wasn’t a great student because I didn’t like having to sit there and learn that. I wish I’d had a show like this that was entertaining and interesting. Its informational and friendly fun, without being preachy. It’s presented in a fun way and easily absorbed.

You explore these wonderful dogs who do valuable jobs for our betterment.

One of my favourites was a dog that finds whale poop and that’s not something you hear about. Researchers at the University of Washington are studying what is going on with the die-off of certain killer whales. Part of their learning is finding their poop to discover what they’re eating,  if they’re malnourished, pregnant, and reproducing well. Finding their poop is difficult. Eba a little Jack Russell finds it easily, usually, they can find 3 or 4 samples at a time, but he can find 100.  He’s helping and having a lot of fun.  It’s an exciting story.

One of the dogs I met in Baltimore is only one of two dogs in the US certified to smell a disease in beehives called Foul Brood. It seriously affects the hives. A person can look for it and see thirty hives in a day, but a dog can do 500.  Then the hives can be sequestered.  It’s mind-blowing what dogs can do. They can smell the coronavirus. They can smell blood sugar levels, malaria, cancer, and minute changes in the body that indicate disease.  They sense changes and disease more accurately than anything man-made.

They love the treats and affection playing with a toy. For one story about a dog who finds people trapped in avalanches, I was buried in snow and he found me in seconds. A tug of war was his reward.  It was an interesting experience. I learned that dogs can smell through 15 – 20 feet of snow. I always expected to see St. Bernards but they were yellow labs.  All dogs have an amazing ability with smell sense. And so often, these were rescue dogs.

Let’s talk about your other job – as the voice of Pluto and Goofy.   You seem able to keep the child inside alive and thriving in these characters!

My degree is in journalism and was a radio DJ and wrote news copy and commercials and DJ’d and was chief engineer. I’m endlessly curious and have a facility for voices. I was also a stand-up comedian until I came to California in 1986. I’m still doing Goofy and Pluto and during COVID, from my home studio. In fact, I’m recording two cartoons this afternoon!