Cara Gee, a veteran Canadian theatre actress with a growing body of work in film and TV (Empire of Dirt, The Expanse, Harrison Ford’s Call of the Wild) often plays hardcore roles. It’s different in her latest film. Gee and Kristian Bruun play star crossed lovers Phoebe and Damon in Shane Belcourt’s bittersweet romantic comedy Red Rover. They find each other at crucial times when they’re both feeling lonely and vulnerable; have they found their lifetime partners? Maybe, except for one thing. Damon (Bruun) has applied to live on Mars following a long rough patch and if he goes, its forever. Not a problem we know a lot about, so it was a challenge for Gee to explore this new emotional territory. I spoke with her from Los Angeles where she, her husband, and baby are waiting out the pandemic. 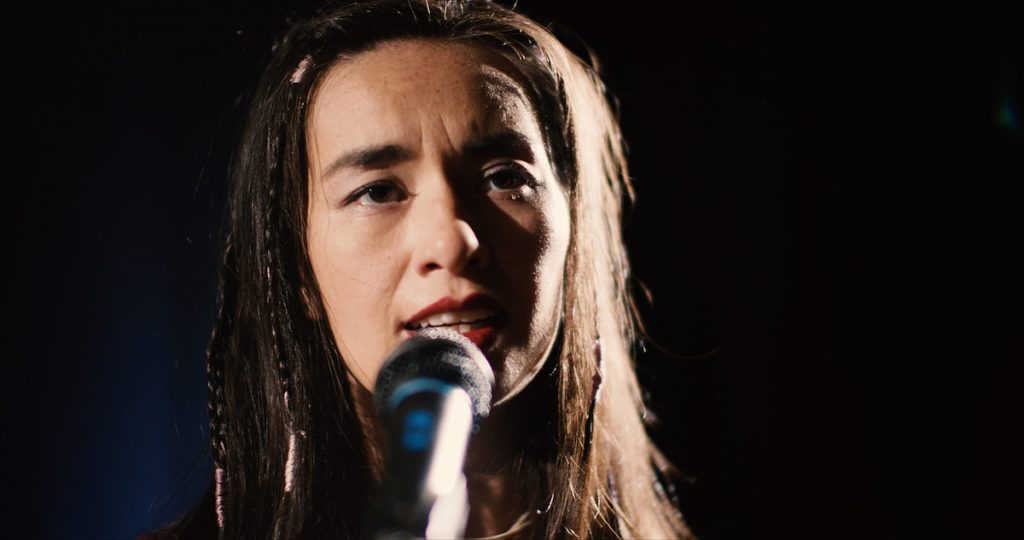 Cara, how have you been handling isolation in LA?

The timing was bizarre. We have a baby, so my husband and I had already stocked up on supplies. We wanted to lie low for a good long time and have a freezer full of meals, to hunker down with our newborn. It’s fortunate that I had my baby before all of this, with my husband in the hospital with me. How hard would it be now?  My heart goes out to anyone expecting these days.

Have you heard its been snowing here for a few days?

Yes! My parents live in Brighton and my brother’s in Newmarket; they’re cursing me! 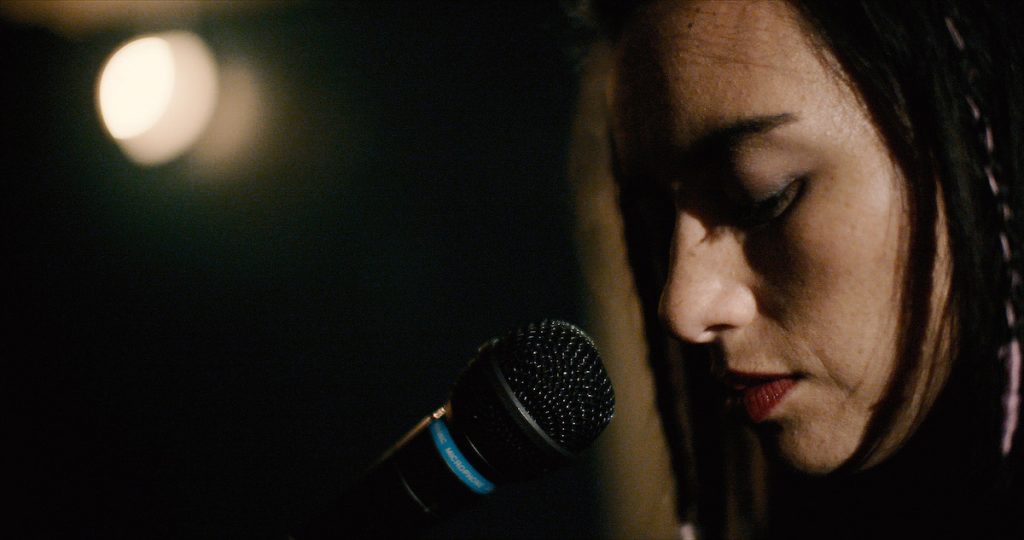 I want to start with your stage work. You have a great deal of experience in the theatre. Has it given you an advantage over less trained actors in finding film and TV work?

Absolutely. I think the best advantage gives me is that I understand in a very real way that this work is for an audience, I don’t take it for granted. The camera becomes is your audience. One day someone in post-production completes the work and then it’s distributed and one day someone is going to go to a theatre and sit down and watch the film, and out of the thousands of films, they’ll choose to see this one.  I have respect for that person’s time. It’s like theatre, it’s not abstract, you are right in front of them communicating with them. It occurred to me making my first film Empire of Dirt, that a closeup is your audience sitting very close to you, inches from your face.

Another thing about theatre that I like is that I get nervous doing a play.  It’s a nerve-wracking experience and I’m scared every time. I like that. My first theatre show was in Newmarket, at Fairy Lake Park.  It was Resurgent Theatre’s production of Love’s Labour Lost, my first professional play. It was magical. It was the summer of the blackout.

I love your performance in Red Rover. You’re freewheeling Phoebe; she has great qualities – empathy, good intuition and she’s smart, and she’s really an adorable character. That joie de vivre is what we need now!

I agree! I’m so thrilled! The first time I read the script that they offered me, I loved the role. I usually play hardcore and dramatic roles, so Phoebe is closer to who I am than most characters I’ve played. And the film is perfect for right now because it’s about isolation and loneliness and grappling with that.

Phoebe’s finally found a soulmate but may lose him permanently if he wins that trip to Mars. That hasn’t happened before. How did you wrap your head around this uncharted emotional territory?

It’s so bizarre about the timing of this. I shot this film the week after I wrapped the season of The Expanse, so I had been living in space myself for months.  It was very interesting and informed my thinking about space travel.  And I can look at Red Rover and think this is how it started. It had to begin somewhere.  That idea of colonisation of Mars and how to think about that. Certainly, we explore that in the Expanse, and as a First Nations woman, I have a lot of experience living through it that also shaped how I was thinking about it. 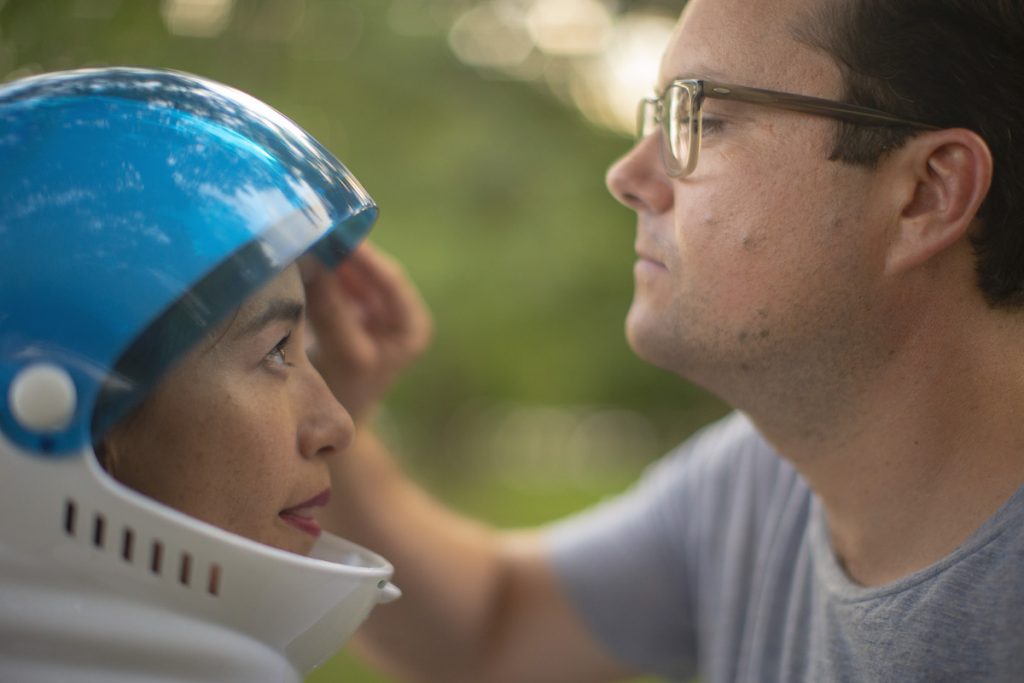 Would you live in space, given the chance?

No way!  I’d be scared. I admire the astronauts so very much for putting that much faith in their equipment. I’m more interested in staying put here on earth. I like going barefoot in the summer.  Elon Musk and Tom Cruise can choose to be up there. I would probably shoot a movie in space; I would face my fears.

As long as you could get back. Damen in Red Rover isn’t going to come back.

Yes, that heightened the intensity of their relationship. The endearing thing to me about Phoebe is she wants what will make him happy. She does things to help him, like making his contest entry video.  Its heart-wrenching.  Its everything you want in an indie romantic comedy. 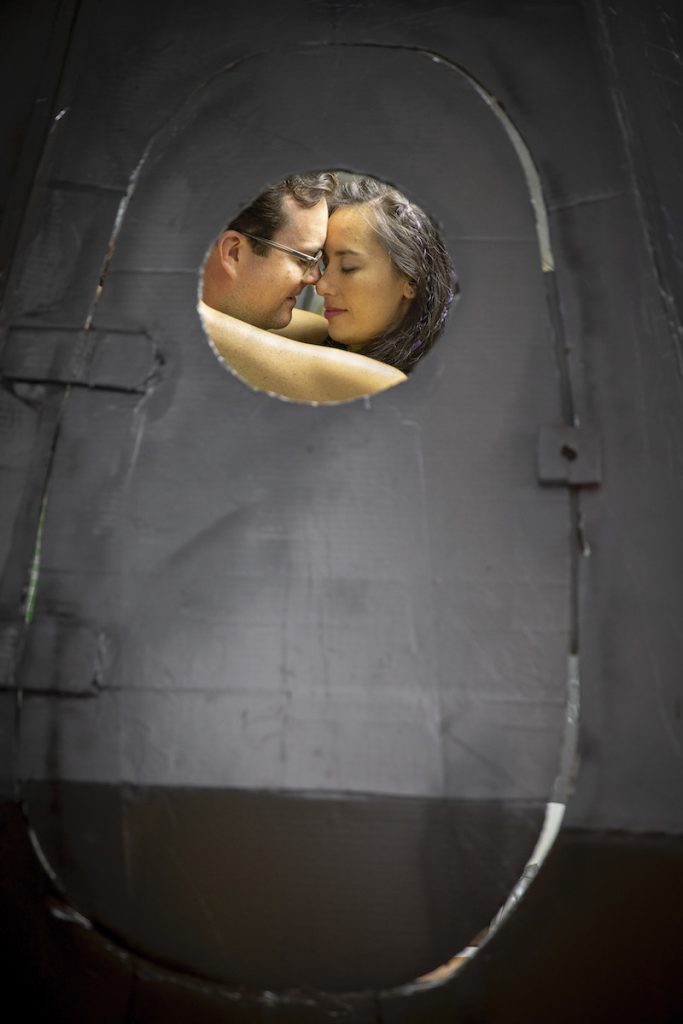 Red Rover is set in a recognisable Toronto and Phoebe helps him prepare for space by taking him on the rides at the CNE.

I feel like it’ll be the stand-in for those who can’t go to the CNE this year!