The Biosphere 2 project was a research experiment to recreate our planet inside a sealed structure built in Oracle, Arizona between 1987 and 1991. It was a huge undertaking, manned by seven scientists who lived inside without leaving for two years. Their purpose was to learn and record data on the Earth’s character for future purposes including testing its viability as a self-contained human living structure in space.  Matt Wolf’s fascinating and occasionally shocking look at life inside the complex gleaned from archival footage and interviews describes what went on there, the personalities, obstacles, successes, failures, betrayals and reflections.  I asked Wolf why he wanted to tell this story.

I was doing internet research came across a photo of people dressed in red spacesuits in front of a glass wall and assumed it was science fiction. But realised it was real. I was curious to learn about this project and as a filmmaker, I like to revive forgotten histories and I wanted to give it attention. And twenty-five years later, its ideas are even more relevant.

That image! The “Biospherians” were certainly showmen.

They were and they had this kind of potent mix of idealism, rigour and spectacle that makes it so interesting. They brought a theatrical flair to everything they did. That’s what made it a pop culture phenomenon, even if it was to the detriment of Biosphere 2. 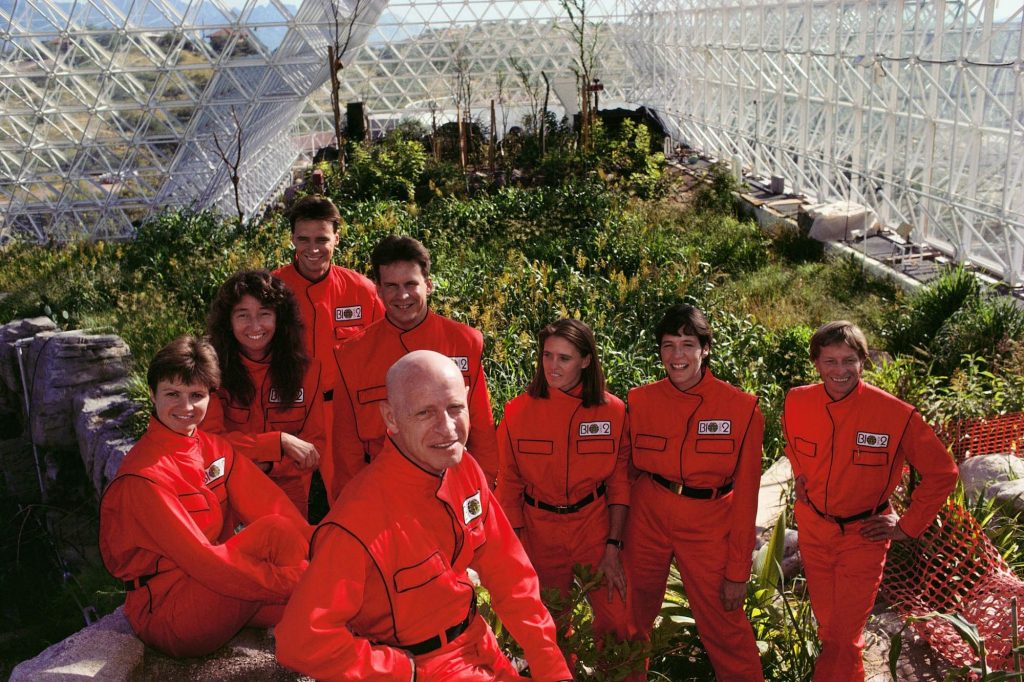 The vastness of the Biosphere was amazing, from the study and data collection to its physical being, having its own vegetable gardens, an ocean and ocean floor with fish and rock and flora.

I thought it was beautiful, the idea was so novel, and it was so beautiful. It didn’t have to be, but the facility was a beautiful piece of architecture and the idea of making a model of life captured the imagination and tapped into the counterculture and Buckminster Fuller’s idea of the geodesic dome.

Seven individualistic people living together, sealed inside this recreation of the planet inside a building for two years. There were so many obstacles, so how did it succeed to the extent that it did?

They had a shared commitment to an idea and the modified their behaviours and cared for their lives and the lives of others and the plants and animals and microbes.  They had a collective desire to work within their limitations to make the system work,  even the limitations of outside influence. They completed their mission. It was a dry run and they continued to learn because of this incredible accomplishment in a building, and the outside influences represent to me money and power that went against their idealism.  It lasted two years and succeeded. 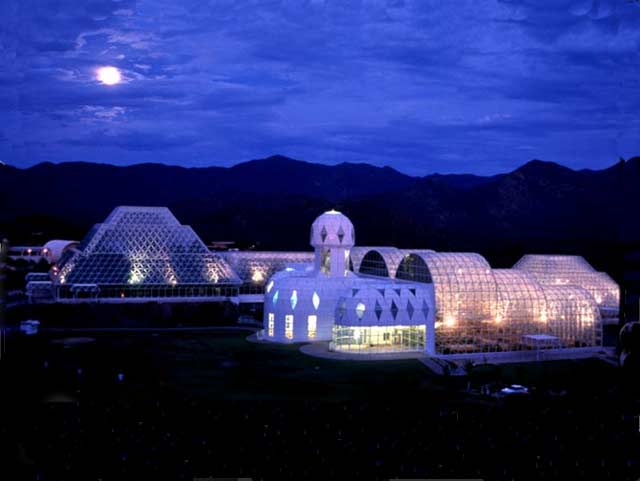 The Biosphere 2 project was considered to be cultish by some. What do you think?

I think the Biospherians were an idiosyncratic group and their ideas went against the mainstream, so it didn’t work on Good Morning America. The two ideas didn’t jive. They were always the outliers and that’s what gave them the vision to do this unusual project, so they were greeted with skepticism. 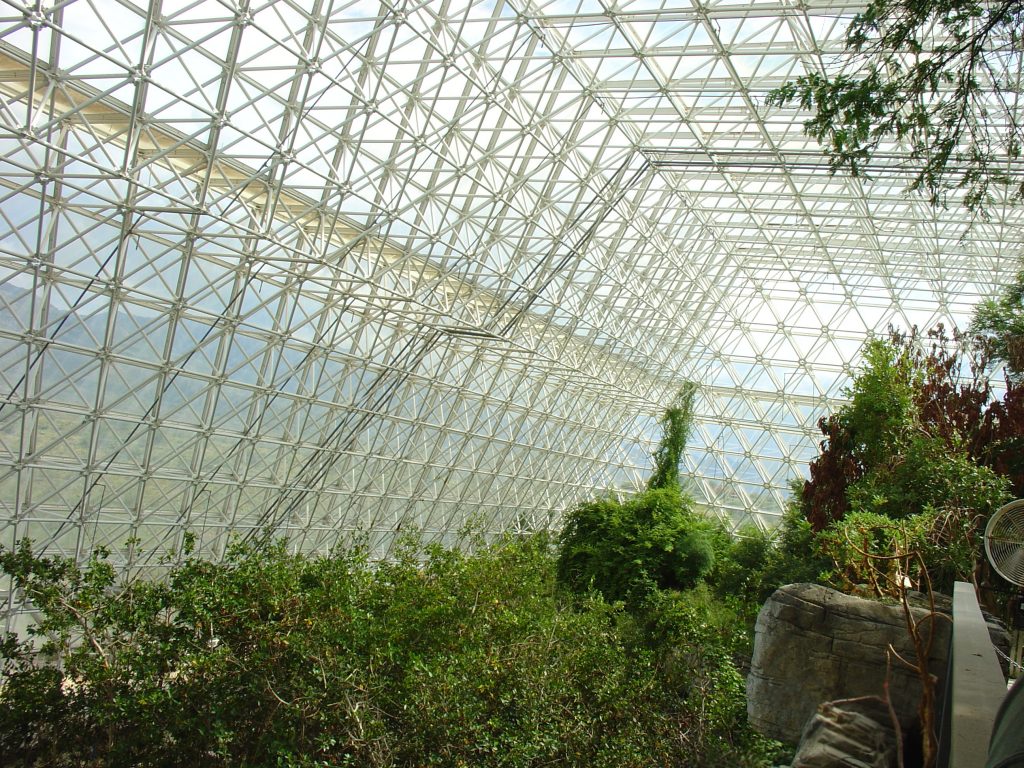 Why have there been no more Biosphere projects?

The University of Arizona runs it now, but it’s not a closed system. It cost tonnes of money to operate and I don’t think people have committed the resources to keep doing that. There are so many efforts and ambitions to go to Mars now.

« Lurid Sex, A Movie Queen, Seinfeld’s Bondish, a Nostalgic Singing Cowboy, Trying to Have Babies and May the Fourth Be With You!
Michelle Obama Love,  Science, Crime, Politics vs the Individual, Mother’s Day Blumhoused and the Fortitude of a War Correspondent. »