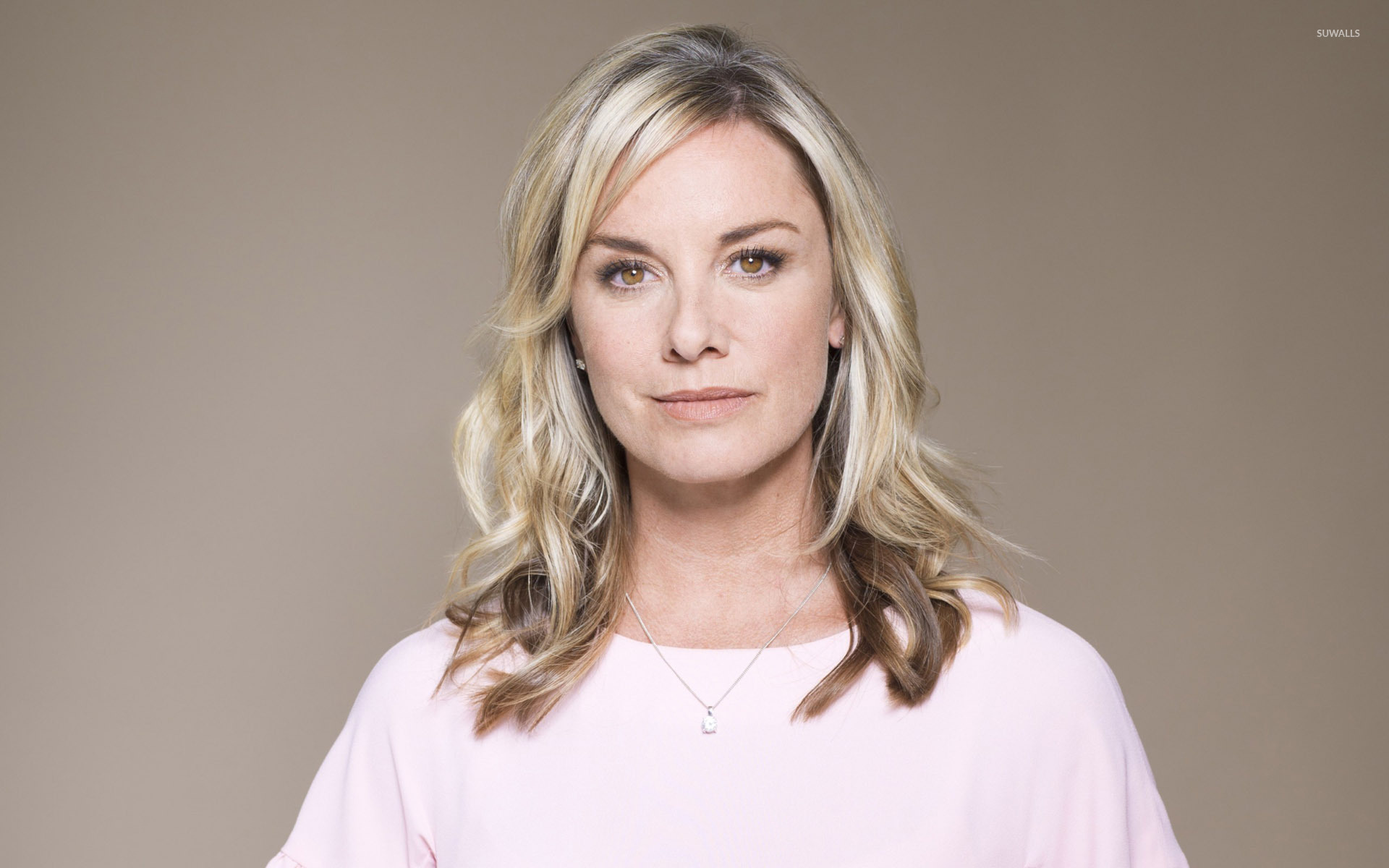 Tamzin Outhwaite is a one of a kind actor.

Trained and steeped in theatre, she stepped into television and now dances between both disciplines. Her television career has put her around the globe in one of my favourite British police procedurals New Tricks, as the female chief of an all-male detective squad, and now to our shores to star in the wildly popular international hit Murdoch Mysteries. Outhwaite steps into the precinct Monday night (Sept 25) to join cast for its 11th season opener. I for one am excited to see how her character will face the conventions of Victorian Toronto in another male-dominated universe. I spoke with the actor in town:

How did your extensive theatre work give you an advantage as a television and film actor?

I think my confidence on a TV set comes from the amount of time I spent on stage because nothing can be any more scary that doing it live. If you have the nerve for that.   Lately I haven’t done a lot of television because I’ve been on stage, and I’m used to exploring a character and rehearsing. It’s a shock when you haven’t done telly in a while and how quick it is and there is no time to rehearse, everything is instant!

How was it entering the longstanding Murdoch ensemble?

I thought it would be more awkward but they were all so lovely got along very well. I admire how passionate they are about this. Sometimes if you have been a show for a long time, you don’t feel that passion. They are so professional and proud of their product. 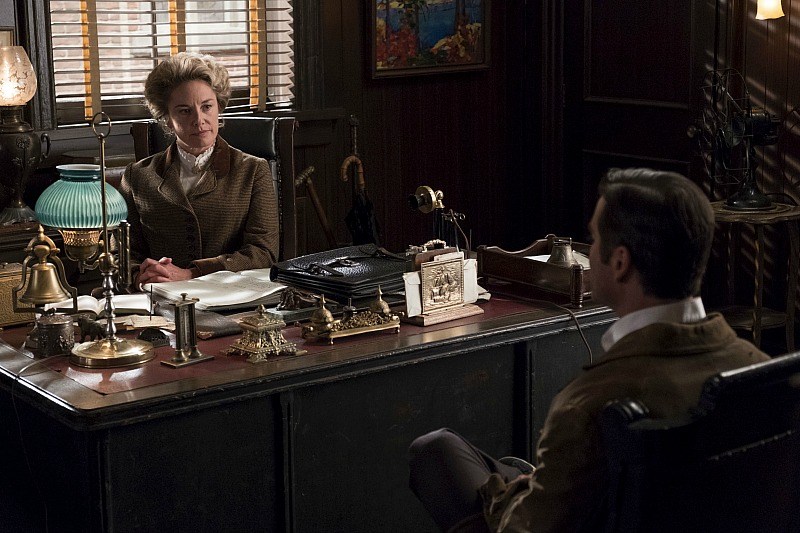 What character do you play, what kind of person is she?

My character is in on a temporary basis from City Hall because Inspector Brackenreid is missing. She comes in for a disciplinary hearing and finds they are not the people she thought they were. She fights for Murdoch because she believes he deserves it. Again it was abnormal to have a woman in this power position, after all, its 1904. My opening line is “regardless of my sex I wish to be treated as your superior”. That was a new thing!

I think she’s quietly confident and not scared to be the sole authority. Also I think she has, but you don’t see it much, but back there, she has humour that she can use with these guys. It doesn’t scare her and she doesn’t take them too seriously or themselves, that’s how I see it.

There are gruesome elements in Murdoch but they’re handled well.

Yes, I think it has dignity and integrity.

Were you aware of the show?

I was aware of it a couple of years ago when I was asked to appear. But we couldn’t make the dates work. I was binge watching it then so it made it easier this time to know who is who and it was a smoother process. I had done my research.

What does it mean to you to have chemistry with your co-stars?

I really believe in making sure you have a connection to make stuff work, to jump off the screen, whether it’s a platonic relationship or any relationship, you need chemistry.   When it’s there you just feel some kind of electricity even with a friend. I really love finding that, it’s one of the best things. In that way Murdoch is a period version of New Tricks. 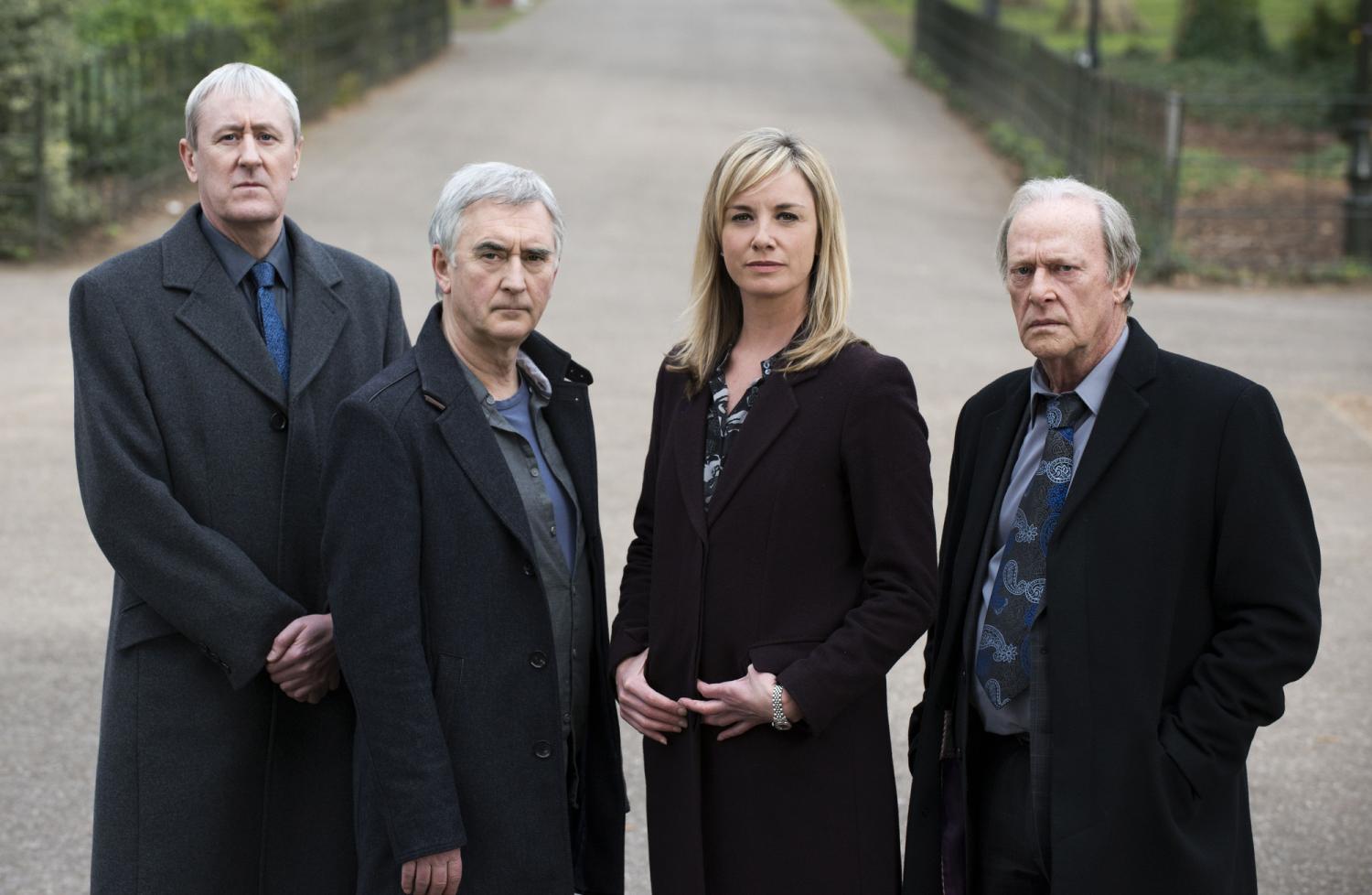 I remember when you came on New Tricks to replace Amanda Redmond and wondered “who’s this upstart?”! And then it was clear how terrific you and your character were.

It was a hard act to follow Amanda Redmond, but I did enjoy it.

Sasha Miller is a woman girls can look up to, pro- active, in charge and fearless. And she runs an all-male squad of veteran detectives all much older than she.

Is there any chance New Tricks will be back?

It would be brilliant but they did thirteen seasons. Still it would be lovely to do another.

You have a rich career in the UK. Do you want to extend that to the Hollywood?

No I don’t because I have two young kids, I feel the desire to make a living out of doing something I love doing. But I’m not enamoured of Hollywood, At one time it might have worked but I wouldn’t go over there looking for work.

Do your daughters want to be actors?

Well, they are eight and four and we haven’t had a chat about it. The eight year old wants to be a singer songwriter and a vet, but these things change. There’s no pressure whatever they want to do is great.

How do they react when they saw you onstage?

The first time was only last year in my tour with Stepping Out, it was family friendly. They’d never seen me before because the plays had sex and swearing. But they loved it! They were so very sweet and cuddly and wanted me to themselves after seeing all the people watching me!

Who lives? Who dies? The wait is almost over. Murdoch Mysteries returns Monday September 25th on CBC