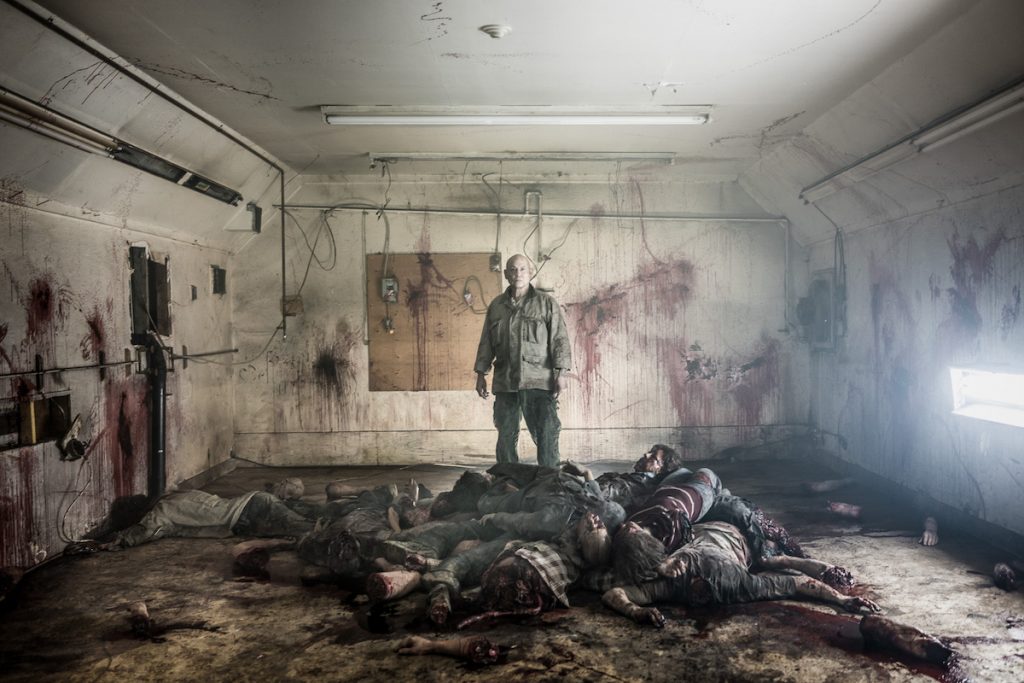 Montreal filmmaker Jeff Barnaby’s Blood Quantum was made on the Mi’gmaq reserve in Listuguj, Nova Scotia in 2016. There was no glimmer of a concept that a pandemic might be in place as his film about a zombie pandemic was due in theatres. But Covid19 showed up. His dystopian pandemic thriller starring Michael Greyeyes, Elle-Máijá Tailfeathers, and Forrest Goodluck concerns a community of Mi’gmaq is immune to a zombie virus spreading outside. They arm themselves to fight for their lives when non-immunes crowd to the reserve, raising echoes of history, colonialism, and Barnaby’s real-life battle with hypochondria. I spoke with him from isolation in Montreal.

How ironic that you should make a pandemic movie meant to come out theatrically, but can’t because there is a pandemic?

The whole thing’s been weird.  When we were first filming, we started when Trump was running for election in 2016 film. And I made the first comment, that if Trump got elected that would be bad like an apocalypse, and then everything else started falling into place, the pipeline trespassing on native land again. Everything hit an apex. And now with the release of the film, it’s delayed because of an apocalypse.

The other thing is that last year, I got a drastic flu, so I became paranoid and formed a pathological need to collect cleaning things, boxes full of disinfectant. My whole head was congested, including my ears, and that caused permanent tinnitus. My wife who is also a filmmaker got the flu. I was hanging with Miles because he got sick, vomiting and everything. You need water and sleep to get better and I wasn’t getting sleep.  Which is bad for a writer. 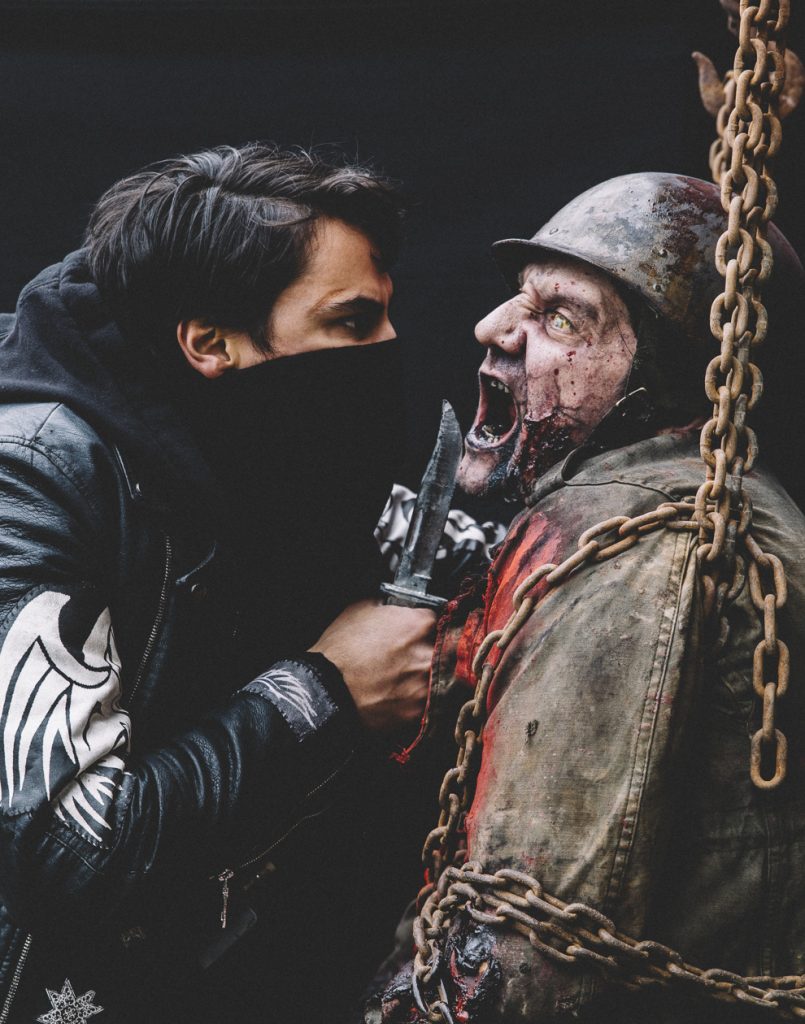 It will be a cathartic for audiences to be able to see it now on VOD.

For the sake of the culture, yes, it’s a good time to release but from spending millions of dollars for a specific release, for a film that was never composed for the small screen, it was meant to be a cinematic experience.

How do you think things will change?

I think it’s going to be hard on people to be trusting. I do have open spaces and I walk. But I operate under the idea that you can’t be too careful.  Packages come to the house and I leave them outside to unpack or take them to the basement. The pandemic has exacerbated my hypochondria. I just came back from Yellowknife. I went when it was all just starting before it was what it is now. I was sitting on a flight from Montreal to Calgary then Yellowknife and the lady next to me was coughing all over the place. I knew I’d get sick, travelling.  But I was fine and I validated my hypochondria the whole time since the flu.

Let’s talk about the movie!  The Settler Proverb opens Blood Quantum and it is disgusting. “The settler and pioneer have at bottom had justice on their side; this great continent could not have been kept as nothing but a game preserve for squalid savages”.

That’s straight from the Bible.

Do you feel making the film that takes a harsh stand against Colonialism released you from personal and historic pain?

Yes, that’s always been my cornerstone in my artwork, letting go of things that I feel if you held on to them, they would be self-destructive. It’s always been my goal to exorcise these demons. I identify most closely with the character Lysol (Kiowa Gordon). He is young and angry and grew up in the foster system.  I did too. 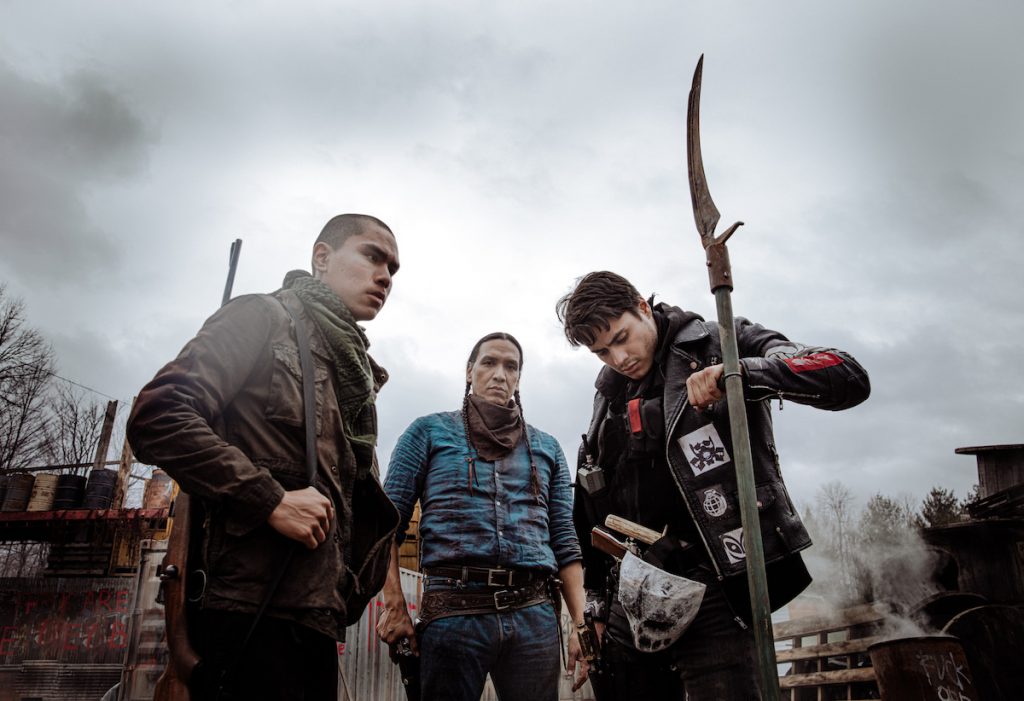 Yes, but the older I got, it internalized, but I was definitely that guy. I feel like he is a post-colonial Indian and as much that guy, I feel like that guy is a post-colonial Indian.  You let go of these ideas traditionally. People have always been welcoming and helpful. He was the one who went off the rails, the misogyny, the hatred towards people.  We want to see it; you can make an example of somebody if they are punished on the other side and I wrap it up with a charismatic pretty boy like Joseph (Forrest Goodluck) who takes a real hard left turn.  He’s justifying the need to punish Kilo.

The most emotional moment I had editing was the two brothers at the end, the younger brother had to let go, sacrifice Lysol. There was no redeeming with that relationship, that is the real tragedy of the film.  In and of itself, families are so dysfunctional.  It’s also a comment on colonialism. That’s part of the story being told in Blood Quantum, healing a culture and families and putting a face on something that has only been abstract numbers.

Elle-Máijá Tailfeathers is Joss, the heart of the film. She’s kind and soft-spoken, which is also my experience of her. Was she cast for those qualities?

Yes. And oddly enough we were having a hard time because she’s young, we didn’t want to add to the cliché of the age difference between her character and love interest Michael Greyeyes, an actor over forty being with a woman who is twenty-five.  We were hesitant, but he looks so young.

Then there is the question of Joseph’s pregnant white girlfriend surviving this white plague.

For me you take care of your family regardless of who they are. Blood Quantum is a western construct, no one sees her as white besides Lysol, and he’s the post-colonial Indian who’s been brainwashed and thinks existence is this binary world of racism that feeds red, white, black, etc. Its organic, hard to have a discussion like that in a film, it needs a multi-part TV series. It’s a hard idea to unpack, the blood quantum. What if only native people are immune? Race is an idea of the west, it’s dense. I wrote this thirteen years ago before Trump, #MeToo, pandemics, seeing all this stuff now and not knowing what’s coming decades down the road in the culture wars. 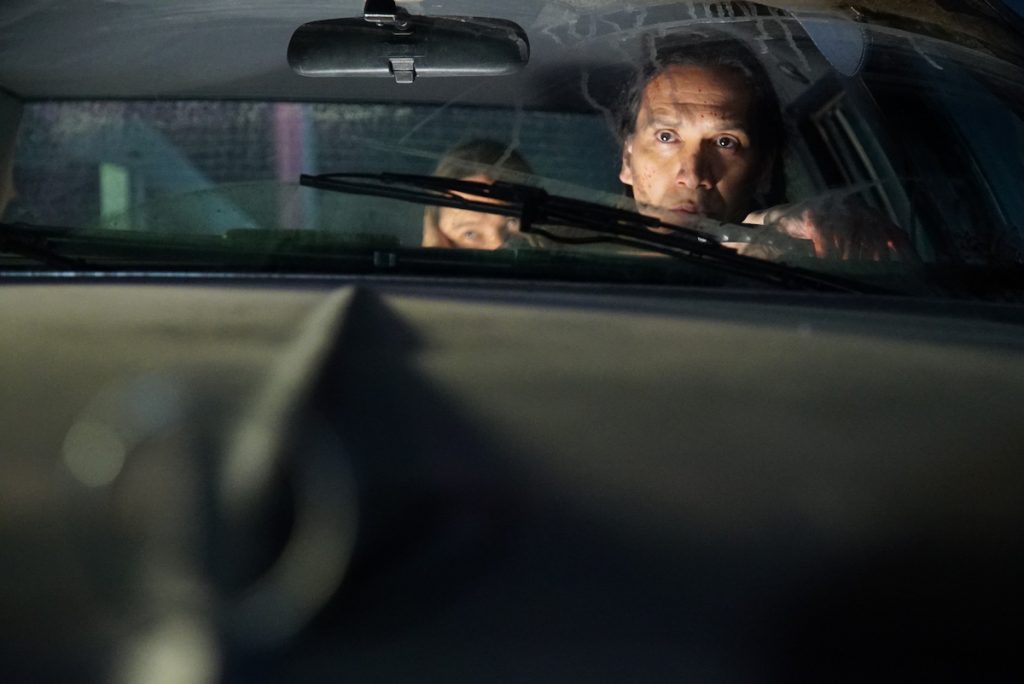 I think you could be dropped anywhere to make anything, a British costume drama, a Star Wars.

I’m a firm believer of the idea that film is meant to be entertaining, leave out political statements or observations but I think the two worlds aren’t mutually exclusive. They both live in there. Disney movies are doing it in their ham-handed blockbuster way. They’re trying and promoting the narratives of women. And they are strong on minority representation. But it’s also a good time for directors of horror, like Robert Eggers and Bong Joon Ho and more. These are guys on the forefront, and I think there is no better representative of the culture of the world, post-colonial, and late capitalism. That’s the pandemic we all had to deal with before COVID 19 came around.

One of the interesting things no one’s pointing out is that if you can witness an emergency that threatens everyone’s lives, why can’t we take action to save the environment?  Blood Quantum at its heart is about the environment.   It’s too weird to unpack this. You’re going to start seeing an environmental fingerprint on the catalysts of the virus. They’re developing where they shouldn’t be disturbing, the tundra melt is releasing old bacteria. We’re all ****ed up! 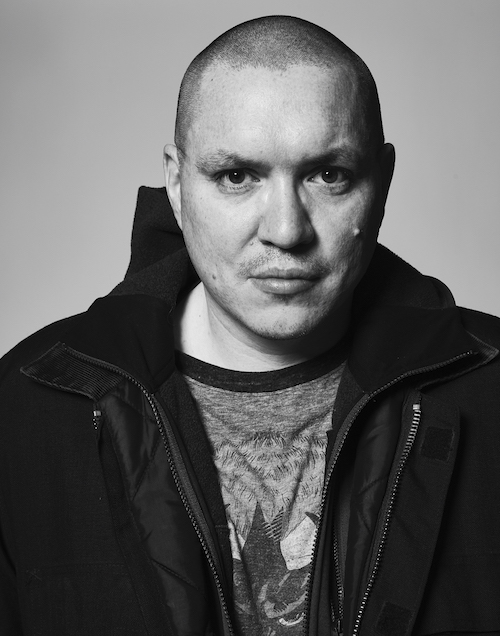 « Mood: At Least Things Aren’t This Bad, What to Watch to Feel Better Plus Overdue Beatles Joy!
Lurid Sex, A Movie Queen, Seinfeld’s Bondish, a Nostalgic Singing Cowboy, Trying to Have Babies and May the Fourth Be With You! »