Toronto’s TIFF Cinematheque at TIFF Bell Lightbox spends Summer in Italy once again this year. It’s much loved annual programme of classic Italian film from its golden age – post war to the seventies –  includes the works of masters and their muses, in all shapes and forms, epics, tiny jewels and hard-to-find films that deserve their exalted places in cinema history.  This year’s Summer in Italy features a retrospective of Vittorio De Sica’s incredible body of work both as an actor and a director whose worked with Sophia Loren, Anna Magnani and Dominique Sanda. Themes emerge, like the World War II in Italy and life afterwards in such diverse works as the sensational Roma: Open City, The Condemned of Altona, Sandra and Two Women and more.  Lighter fare, Italy’s so-called “white telephone” comedies and romances bring vivacious colour to the mix, like the spirited pairings of Marcello Mastroianni and Loren.  The actresses of Italy’s golden age gave shape to the filmmakers’ visions and made indelible impressions on cinéphiles. Let’s look at a few of the greatest, and their films being shown as part of Summer in Italy. 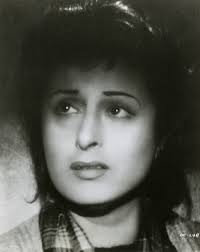 Anna Magnani blasted into international consciousness in 1945, with a dazzling and sobering performance in Robert Rossellini’s Rome: Open City, a slice of life set during the Nazi occupation. Her Pina is fierce and volatile as she tries to hold things together against the tide of impending marriage, raising a curious and freedom loving little boy, finding food when most were starving and holding in her anger at the Nazis for murdering her husband. Magnani’s image was that of a powerhouse, usually playing volatile women of passion in Italy and later in Hollywood, most notably starring with Marlon Brando in The Fugitive Kind and winning the Oscar for The Rose Tattoo. Magnani was one of the greatest stars of Italy’s post-war, neo-realistic period. She died in 1973.

Monica Vitti is the wide eyed impassive star of L’Avventura, Red Desert and L’Eclisse directed by her lover and protégé Michelangelo Antonioni in the 60’s.  Vitti’s profound air of mystery in these films comes from by her cool, blank albeit beautiful look, a director’s canvas onto which is projected her character and intent.  Vitti’s beauty seemed out of place in Red Desert or the only thing worth saving, against a port town’s vast industrial plains, rusted out cargo barges and the sense of despair and foreboding. Vitti had enough of intense drama when her ten year affair with Antonioni ended.  She went straight into a series of romantic comedies and worked steadily on all manner of films and television shows until 1990.  Vitti is 84, and living with Alzheimer’s in Italy. 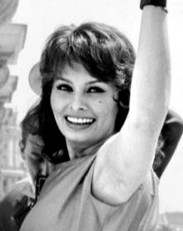 Sophia Loren, Italy’s most successful and well known actress is blessed with beauty, talent and grace and longevity, that rare thing in film.  Her upbeat, positive persona is well earned following a difficult war ravaged childhood and her exotic beauty set her apart.  Loren began her film career as an uncredited extra in 1950, not emerging as Sophia Loren until three years later. She used the names Sofia Scicolone and Sofia Lazzaro.  Following her success in Italian film, Paramount signed her to a five picture deal in Hollywood in 1958, and she worked with Cary Grant and Anthony Perkins among others. Back home, Loren’s multi film partnership with Vittorio De Sica was important for both of them, especially the landmark war drama Two Women and the romantic comedies with Marcello Mastroianni, Marriage Italian Style and Today, Yesterday and Tomorrow.  Loren was always in high demand in Hollywood and shared the screen with Peter Sellers, Clark Gable, Paul Newman and Marlon Brando. Loren is one of Italy’s most charismatic stars; when she is onscreen it’s hard to look away, she has that energy and beauty. With 94 films, six Italian Oscars and four Golden Globe Awards as “World Film Favorite – Female”, Loren is highly regarded around the world and remains a majestically beautiful woman and star. 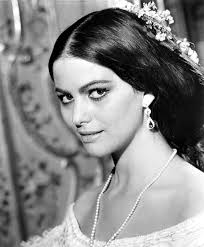 Winning a beauty contest in 1957 set the young Tunisian-born Sicilian teenager on a path to international fame. It was her beauty that grabbed the attention of filmmakers and indeed, in 2011 The Los Angeles Times Magazine named Cardinale among the 50 most beautiful women in film history. Cardinale often portrayed a woman who captivated men and set them on a downward spiral to pay for their passion.  Like Loren, Cardinale spent time in Hollywood making major studio films before returning home and renewing her European career.  She spoke out against the star system and never returned, so she didn’t reach the level of fame enjoyed by Loren and others.  Two of Cardinale’s greatest films, The Leopard and Federico Fellini’s 8½ helped to erase the notion that she had no talent. It had been overshadowed by her looks for most of her career. Cardinale struggled with depression sparked by a teenage pregnancy; her son lived with her parents as her brother and as a result she lived for years with a secret she feared would come out.  Cardinale went on to fight for women’s rights and continues to act in film, on television and in theatre in Europe.

Dominque Sanda’s best known for her haunting, memorable roles the seventies in Vittorio de Sica’s Garden of the Finzi-Continis and Bernardo Bertolucci’s The Conformist and Novecento. Sandra possessed confidence, posture and beauty – which she learned as a fashion model – that served her well in her film roles.  Hers was a powerful presence, with intelligence, fluidity and sexual ambiguity as well as her delicate beauty.  The camera loved her. Sanda’s work playing a wealthy Jewish student confined to her family’s estate for safety from occupying Nazi forces is dazzling. At one end of the spectrum she leads her friends; all dressed in white, in tennis matches and bike rides, and at the other, she sees her life in a tailspin and losing everything because she is Jewish.  The Conformist was a brilliant showcase for Sanda’s unique appeal.  She is a mysterious, a sexually predatory woman married to a much older man who shares time with another couple she doesn’t know well.  Her tragedy was her politics.  It’s an unforgettable performance. Sanda’s Hollywood career was minor compared to her predecessors, but she continues to work today and has amassed 57 film and television credits.