There’s good news and bad news about smoking.  Recent statistics reveal that consumption rates are at record lows and appear to be dropping even further. And, as those rates fall, the menace of second hand smoke also recedes.  But these positive developments come at a time when new evidence warns that cigarettes are even more hazardous than we have thought And the use of e cigarettes, with the dangers they may pose, is rapidly increasing among teenagers (I’ll deal with e cigarettes in a future post)

So to end smoking and the many costs it imposes on this continent, let alone elsewhere in the world, much remains to be done.  Anti-smoking advocates point to the role that legal interventions have had in pushing down the rates of consumption.

Since these legal strategies have had such comparative success it’s not surprising that anti-tobacco advocates want even more of the same, especially directed at young people.  But something else happened in the tobacco saga that was also critical to falling rates.  Norms regarding smoking shifted drastically. Legal intervention to suppress smoking is a story of regulation interacting with changing social norms regarding tobacco.  In five decades or so smoking has gone from a glamorous, sophisticated pastime to a filthy, dangerous addiction in the minds of most of the public.

So how do we use this codependence of regulation and shifting norms to push down the rates of smoking even further?   We should continue with the legal interventions but with some caution.  Taxes drive down consumption but if they are hiked too much they also lead to smuggling tobacco from places with lower rates leading to contraband consumption; a notorious fact of life in Ontario and elsewhere.

Another tactic would target the remaining young people who smoke. Getting to them is very important because the older one is the less chance one is to begin to smoke and, conversely, those who start young are more likely to continue into adulthood.     A well crafted message that tobacco companies seek to manipulate them and to turn them into pawns may get to youths inclined to smoke (and vape) in ways that conventional warnings do not.

Such information about attempts to exploit may prompt teens with a recalcitrant streak to decide that such rebelliousness is best turned on corporations that peddle toxins and merchandise death as “cool”.  The ultimate act of defiance may be to butt out in the face of tobacco companies and their connivance to addict. 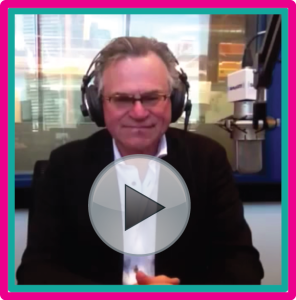