There’s a history of strong showings of Icelandic films at the Toronto International Film Festival dating back to the early eighties. Programmer and film scholar Steve Gravestock has programmed Nordic film year-round and for the festival since 1999, introducing us to a wealth of unique and distinctive work. He focuses on the rich history of the films of Iceland, a film culture rooted in the traditional sagas and the character of the islanders in his book “A History of Iceland”.  It is the culmination of twenty years of exploration and passion for a genre that sees extension in international superhero films, noir, romance and satire.  I spoke with Gravestock in Toronto.

Is Icelandic film to the Icelandic people what Canadian film is to Canadians, reflecting our character?

Icelandic cinema is quite unique both because of the small size of the population and the amount of really exceptional work done there — and because of the cinema’s ties to the country’s literature. There’s a very strong literary culture, one that’s deeply rooted. Most of what we know about Norse mythology comes from the sagas. The best known are the family sagas, written largely in the 12th and 13th centuries, and dealing with the arrival of the Europeans to the island, which was uninhabited at the time, in the 10th and 11th centuries. Mostly it was disgruntled Norwegians, who insisted on maintaining their independence and were fleeing a king’s attempt to unify the country and centralize the government. Though, if you ask most Icelanders, they will probably joke and tell you the settlers just didn’t want to pay the new king taxes. The sagas remain an important part of the culture, and one of the ways Icelanders sustain a different, unusually deep relationship with their history.

They also had a strong romantic and neo-romantic literary movement in the 19th century which sparked their fight for independence from Denmark. Iceland was a Danish colony for centuries. Iceland can also boast about Halldór Laxness, a major novelist and a Nobel prize winner.

There’s a supernatural even otherworldly feel to the landscape – and that supernatural feel is present even in their more ostensibly realist novels (including some of Laxness’s) which are often infused with the supernatural. Iceland is geographically and environmentally different from other places, with rather spectacular waterfalls, mists, fogs. In Hlynur Pálmason’s recent film A White, White Day there are these thick fogs which come out of nowhere, which I’ve actually seen happen.

There are geysers and volcanic lava as a result of volcanic activity. That’s how the island was created. It’s unearthly in a lot of ways. In tourist shops, you see lots of novelty items relating to trolls and elves, ghosts. In some ways, it’s a way of dealing with history and hardships prevalent in Iceland’s past – and the unpredictable climate and landscape. (There’s an island in the south which just materialized there, as a result of tectonic shifts, and is only a few decades old.) For centuries they were primarily hard scrabbling farmers and very isolated. As a result, there’s an intense DYI ethos in the country. When you first visit there, you’re convinced everyone in Iceland is a poet or musician or an engineer or people do a variety of things.

Your book is the sum of years of research fired by this passion for Icelandic film. What was your Icelandic moment?

There could be any number of moments, but I knew I could write a book on the subject after I saw Go-Go Girl (The Girl Gogo), a1962 film that was very important. It was by Danish director Erik Balling but was written by a key Icelandic novelist, Indriði Þorsteinsson. (His son is the best-known Icelandic mystery writer, Arnaldur Indriðasson.) And it really talks about the classic rural-urban divide where city dwellers are seen as amoral and the country tradition virtuous. But, in a totally contradictory way, the film revels in the excitement of modern post-WWII Reykjavik. It’s a really sharp movie with some amazing performances – including a great one by a very young Kristbjörg Kjeld who has worked with almost every major director in Iceland. It really spoke to me and reminded me of seminal Canadian titles like Nobody Waved Goodbye or Goin’ Down the Road.

Goin’ Down the Road

Every year there seems to be some new exciting director who’s doing really great work, like Grimur Hákonarson (Rams) or Benedikt Erlingsson (Woman at War), Rúnar Rúnarsson (Volcano, Sparrow) Ísold Uggadóttir (And Breathe Normally). Plus, a ton of veterans who are still doing amazing and beautiful work, people like Friðrik Þor Friðriksson and Baltasar Kormákur who did the TV series Trapped and the first Nordic noir movie, Jar City.

There has always been an audience eager to see Icelandic work. There’s a curiosity to see themselves on screen, which isn’t always the case in countries whose film industries only started or stabilized after WWII. For instance, English Canada, where it’s still harder to make your way through the distractions in the market and see past Hollywood’s domination. Icelanders’ need to see their lives reflected onscreen goes right back to the handful of films made in the silent period. Most of the early silent films had strong literary roots, either made by writers, or they were adaptations of neo-romantic writers like Gunnar Gunnarsson. He wrote the novel which served as the source for the first feature actually shot in Iceland Saga of the Borg Family (aka Sons of the Soil, 1920), which was a success at the time, though its box office take was actually rivalled by Loftur Guðmundsson’s contemporaneous documentary Iceland in Living Pictures, which drew substantial crowds – a clear sign of how excited they were to see themselves onscreen.  Popular films were made into the fifties boom after independence in 1944, often dealing with very specifically Icelandic subjects (even trolls). Go-Go Girl was a huge hit too.  But the industry didn’t really start until 1979 when they started the Icelandic Film Centre and had state funding and they actually had a financial foundation to build on.

When the Raven Flies

The Nordic sagas are part of modern film culture, but Iceland was there first.

Hrafn Gunnlaugsson’s made films inspired by the Nordic sagas, Viking movies that were quite rich. Shadow of the Raven and When the Raven Flies for example, also referenced Kurosawa’s Yojimbo and Sergio Leone. (Águst Guðmundsson, who had the first major hit after the Film Fund came about and like Gunnlaugsson was one of the fathers of the industry, did a great adaptation of a saga called Outlaw.) Gunnlaugsson was trying to adapt Laxness’s satire of the sagas, Wayward Heroes, but eventually wrote his own riff on the sagas.  He focused on the brutality of the culture of the time. There was no central government, and people lived in tribal families who were constantly at war over property, creating these bloody cycles of vengeance.  I was lucky enough to visit Hrafn who has this crazy house on a bay in Reykjavik, that looks like something from Road Warrior, helmets on pikes, recycled and reusable materials and there are 17 doors in the place.  I spent half an hour knocking on the doors!

If you see Ragnarök or the last Avengers movie, where there’s a paunchy Thor, that characterization is not too far off from what goes on in the mythic sagas. Thor’s not that bright. He’s easily fooled in the sagas, though the sagas are often more brutal. One of the most important strains in the sagas is inter-family or fraternal disputes, like Loki and Thor fighting over Odin’s favour. The more earthly sagas deal with people who steal people’s titles and deeds to land, and many are blood sagas about vengeance and titles and brothers or stepbrothers.

Fittingly, a number of superhero films have been shot in Iceland, taking advantage of the otherworldly locations it offers. For instance, Aquaman, Justice League. You can see a lot of key Icelandic actors in them, for instance, Ingvar Sigurðsson, who was in Justice League and won a prize at Cannes for his performance in A White, White Day. There are also other films like Icelandic Canadian filmmaker Sturla Gunnarsson’s Beowulf and Grendel, which deal more directly with the mythology and offer up a kind of revisionist take on the myths.

You begin with a pronunciation guide. Did you learn the language?

No. Nothing but how to say thank you – and the phrase “everything will work out fine!”. 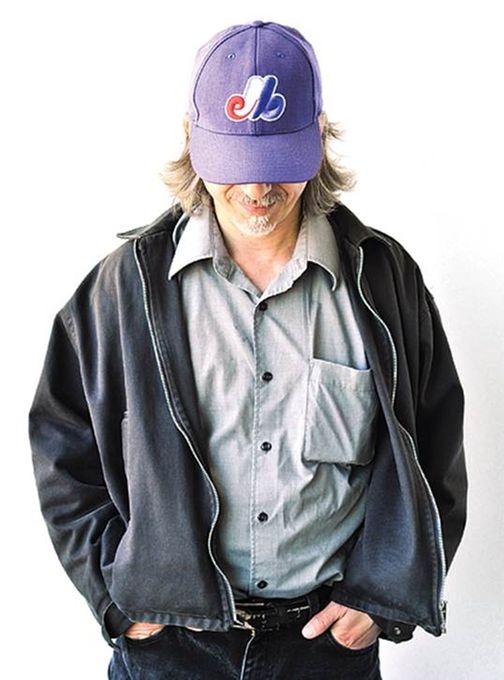 « Vinessa Antoine Returns as Lawyer Marcie Diggs in Season Two of CBC’s Diggstown.
Women Look After Themselves – Horror, Crime, Satanism and the Search for Justice. »