Twenty-eight year old Australian actor Brenton Thwaites is in the sweet spot right now. CinemaCon just named him ‘Breakthrough Performer of the Year’, he is a new father and he’s about to go global as the dashing young Henry Turner in Pirates of the Caribbean: Dead Men Tell No Tales opposite Johnny Depp and Orlando Bloom. You may not know the name but he’s no newbie. Thwaites has enjoyed a steady and varied career since he arrived in LA seven years ago and with the giant numbers expected for Pirates, he’s expected to hit the big time with a bang. Thwaites spoke with us from New York on the eve of Pirates’ release.

Brenton, it’s amazing how many credits you have at your young age and how varied they are. Indies and big budget films like Pirates of the Caribbean. Has it been easy for you?

Compared to who? The guy who doesn’t get the job I guess! I’ve been really lucky but also in the right place at the right time. I went straight from college to LA to audition and was around town doing every single audition for seven years so that’s part of it too. Put yourself on tape and be in it to win it and eventually it hits. And I had great opportunities to work in different genres which was great. That’s how I feel. 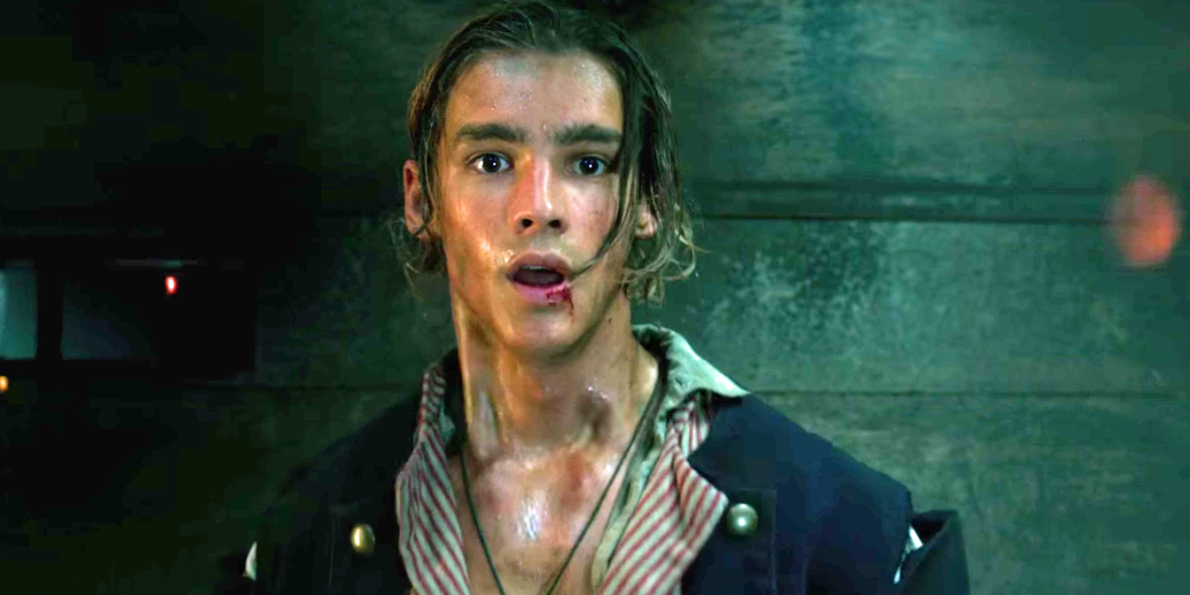 You play Henry Turner, a handsome Prince swashbuckler character. He may not be a prince but he is certainly in that iconic mould. How did you find his heart?

I found his heart in the first couple of pages of the script when we see the character Henry basically risking his life to see his father so we really see the commitment and drive and passion he has and inner frustration not having father around and eagerness to free and save him from The Dutchman. I grabbed that and ran with it. He’s determined. He’s focused and willing to fight for what he loves. He wants to free his father from danger and be free.

Did you and Johnny Depp have some fun together?

The whole thing was fun. There were moments in the film where we’re getting pushed up a rope on top of each other for a couple of hours, and jumping over each other trying to wack off ghosts, and there were a few moments when we were in interesting positions. We had a lot of fun between takes, Johnny played guitar and I did and I enjoyed it.

There’s plenty of crazy action. Did you get to do the stunt work?

My character goes through basically three or four major fight scenes and the stunt guys were pretty comfortable sending me into the front lines and teaching me the swordfights and sticking me with the ghosts and the boat. But there were times when they did the stunts instead.

Probably. But they did a great job!

Will you be watching the box office results closely?

No I won’t! And if anyone informs me of that stuff they’re fired! I don’t want to know. My manager was yelling numbers in my ear and I didn’t want to know. It’s about numbers, that I understand, but if I let it influence my day and it becomes the goal of every movie, from a business point of view, well, movies weren’t made for that. Movies are meant to he watched not read. Reading about them and all that stuff is not our job as an audience or an actor.

Is acting what you thought it would be?

Acting was what I thought it would be – auditioning and meeting and the determination and always being in the room and being in it to win it. But the publicity, press photo shoots, that part of it wasn’t what I thought it would be. I was a kid who wanted to act, and in acting school we just act. We weren’t taught how to handle ourselves as businessmen. I’m still getting used to it.

One of your upcoming films An Interview with God looks interesting and challenging. Do you look for films that will give you new tools?

Absolutely. That’s the sole reason I did Interview with God. It offered tools and it couldn’t be stuck in a box. It’s very theatrical in the way its written and its dialogue-heavy and relies on connecting with my actors like David Strathairn and Hill Harper. I want to continue to do that, to do films that increase the number of tools in my toolbox.

Thwaites will be among the Australian celebrities, families and friends attending the 9th Annual Heath Ledger Scholarship Dinner in L.A. June 1st. Established in 2008 in memory of the late actor, the annual initiative is aimed at providing an emerging Australian actor aged between 18-35 years with significant assistance in further developing their acting skills and career on an international stage.

« Contest: Disney’s “Beauty and the Beast” on BluRay/DVD
Jack Sparrow, Smelling the Roses, Blood Sucking, Delicious Food, Kevin Spacey and Even Miley Cyrus. This Week in Entertainment Or What?? »