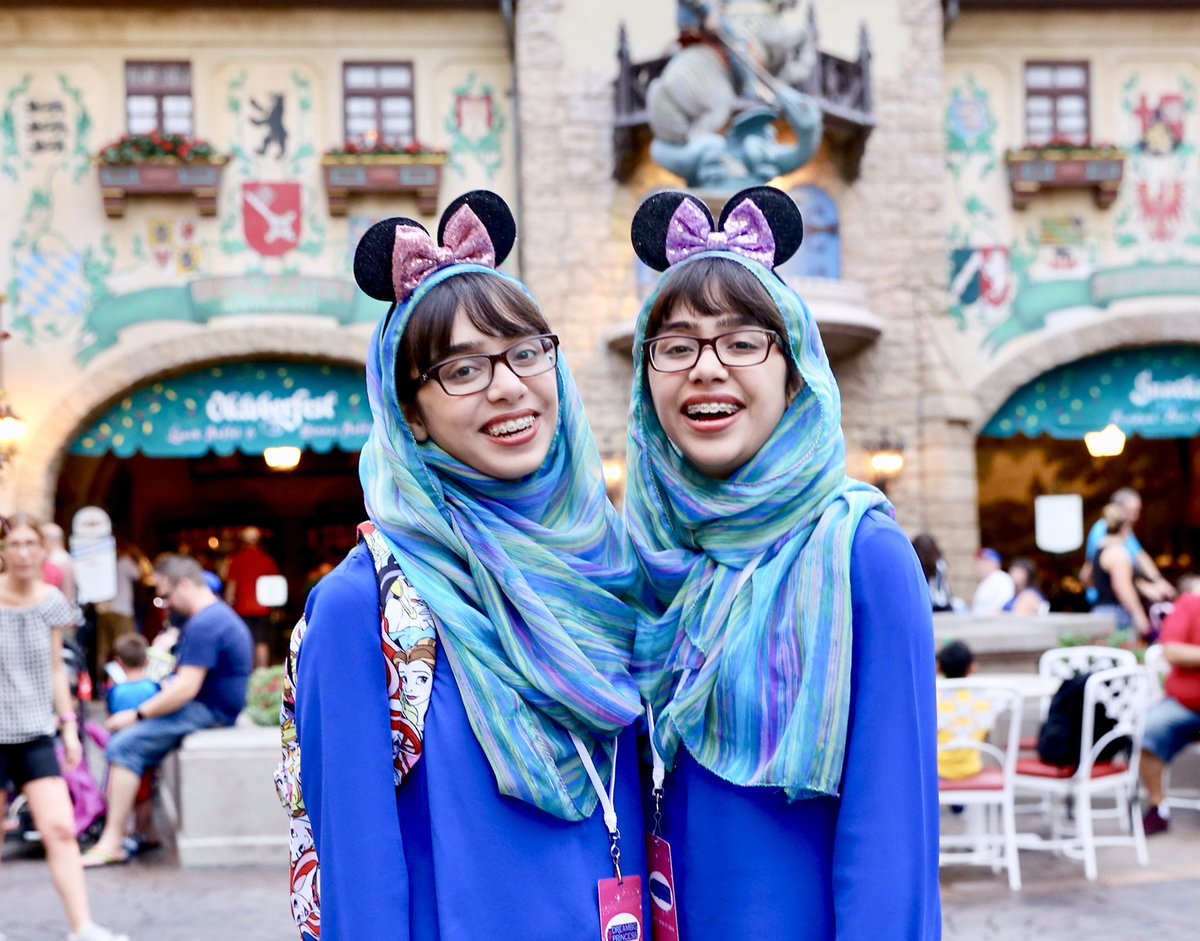 Twin seventeen year olds Maryam and Nivaal Rehman of Whitby, Ontario are living out their commitment to making the world a better place. As long standing members of the United Nations GirlUp initiative, they connect with other girls via YouTube and social media to inspire, discuss and promote their causes including girls’ education and the environment. Maryam and Nivaal have just returned from a trip to Florida to celebrate Disney’s Dream Big Princesses from around the world.  They were given phones and a crew and headed to Ottawa to meet with their Hero and make a film about her. We chatted with the sisters in Toronto.

You’re just back from an amazing trip for Disney Dream Big Princesses and the United Nations GirlUp gathering in the US with other filmmakers your age from around the world.  What did it mean to you?

Maryam –  It meant so much to us, one of the biggest things was we were able to work with these girls again and experience Disney and our mum was able to come with us, wonderful experienced Walt Disney World and went behind the scenes and the magic. It was indescribable. We were celebrating something we worked so hard to do.

You have a show called The World with MNR your online platform for making change.  But is film your chosen vehicle to make change?

Nivaal – Definitely. We always used to make stuff for YouTube but getting to work with Disney was incredible, to do things professionally, filming and shooting and editing it in Ottawa and different aspects. We used to be a two person team dong everything and now we had these people who knew their jobs so well. It was much easier and the final product is more professional.  We want to keep making films and using what we learned. They gave us iPhone X and we were able to keep them, all the girls did and they gave us the resources to make these films and use after. We’ll use them to make our films more impactful.

You’re campaigning for girls’ education and environmental sustainability.  Why are these issues important to you?

Maryam – One of the biggest reasons why we feel it’s powerful because our village in Pakistan our grandmother donated land to help build a girls’ school.  Girls aren’t given equal opportunity all around the world. We’ve researched and realise giving girls opportunities is important. They can improve the financial situations of villages and countries and bring economic growth to minorities and lower classes where there’s a gap in opportunities.  We want to help minority girls fulfill their dreams. And the environment is for every girl who goes to school but if there’s no environment! That’s why we connected. We want to have a planet to live in; it’s the basis of all solutions.

You worked with GirlUp as club leaders and Canada Coalition Leaders – what were your responsibilities?

Nivaal – We know that if you want to begin a GirlUp chapter it’s sometimes hard and lot of work and overwhelming, and you need support. We connect with them and encourage them and hold workshops and discussions and help online. We’re having our second GirlUp Summit at Hart House at the University of Toronto Nov 3rd from 10 – 4 p.m.

You chose Whitby politician Celina Caesar-Chavannes (Canadian Liberal politician who was elected to the House of Commons in Canada in 2015 and served as Parliamentary Secretary to the Prime Minister, Justin Trudeau, Member of Parliament for Whitby, ON. and was Parliamentary Secretary to the Minister of International Development et la Francophonie from January 2017 to August 2018.) from Whitby as your hero and subject of your Dream Big film. Why?

Maryam – We met after our interview with Justin Trudeau and Malala and she learned that we lived in Whitby and so we had a quick meeting. She was so welcoming and interested and she said let’s do a Facebook live right now and she interviewed us.  She was so natural and authentic, genuine.  We took a month long internship in her office last summer and that was exciting. Celina has such concern for the community and represents people at Parliament.  She did the speech about boy shaming that went viral and we share her messages. She came with us to Princesses Dream Big event in Ottawa and so we were so honoured to have the opportunity.  The whole team was so excited to have her there and she was so welcoming. I’m in awe of her. She makes an effort to know people, it’s not about her. You admire her charisma. She knows everyone’s names, she’s incredible.

Nivaal – One of the main ways is by using social media. Young people are on YouTube, Instagram and Facebook and we use those platforms to raise awareness and try to share what we’re doing. We are able to do all these things because of getting up off the couch and going out in the community. People want to get involved and they want to get involved too. We started a youth program that has thirteen people from around the world who have joined us. WE use YouTube and our blog to help people take action.  GirlUp is all about getting involved and inspired.