Canada’s own Elisha Cuthbert is a hockey wife, at work and at home. She’s Mary in Goon: Last of the Enforcers, a rambunctious party animal married to a hockey player and the lifestyle. In real life, the actress has been married to hockey superstar, the Ottawa Senators’ Dion Phaneuf since 2013. Mary is blunt and in-yer-face, a role that Cuthbert says took a lot of guts. In real life, she’s just as honest, but without the crazy, party fuelled abandon. We couldn’t wait to ask her to compare real and fictional hockey wives during a chat in Toronto. 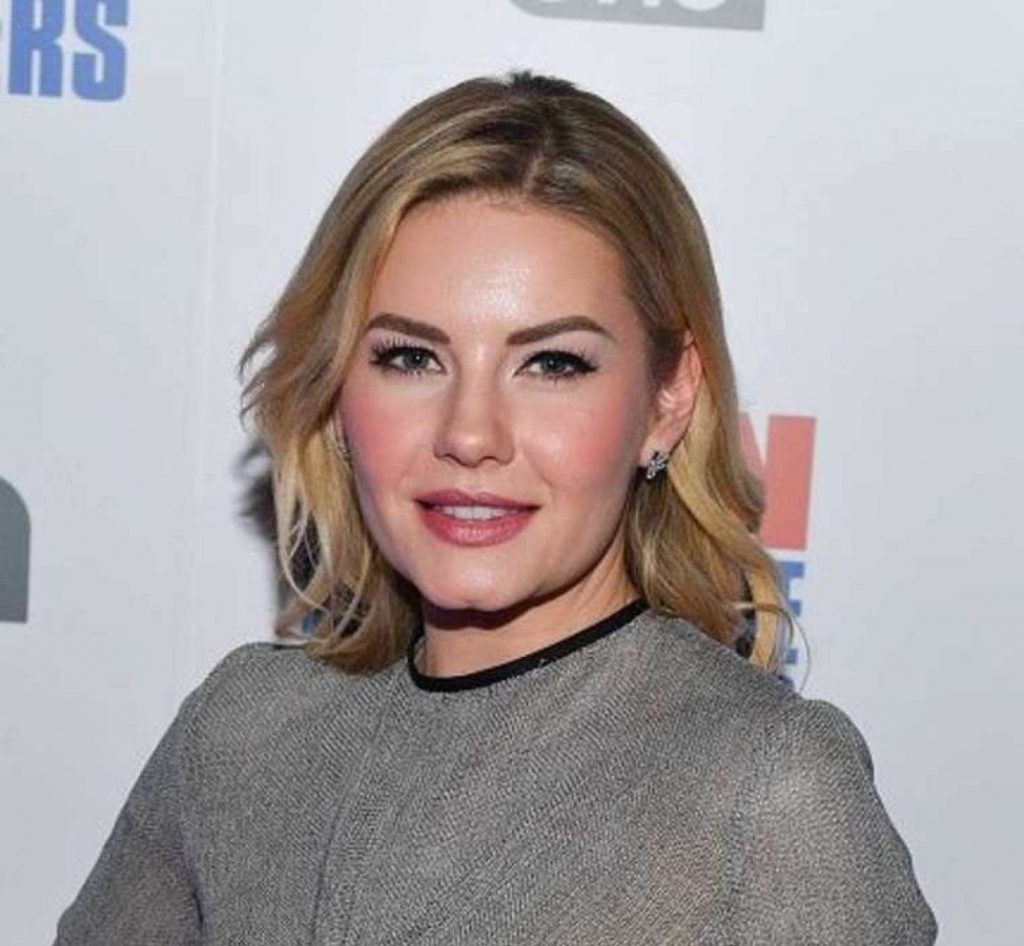 You are well and truly living the hockey life in reality and on film.   Did Mary seem to you like an authentic hockey wife, you know, your being one and all.

I didn’t relate to Mary. She’s a hot mess to say the least! I thought it was funny to play the stereotypical crazy younger sister and obnoxious sister-in-law. It lends itself to playing and being wild and crazy. She loves to drink, she loves the bar and being the life of the party and she loves to party. That as what I tapped into. As far as being a real life hockey wife it’s more subtle than that!

I guess one thing you have in common is your concern for her husband’s safety on the ice.

I worry about Dion but he’s such a professional and it’s his job, it’s what he does and what he’s been doing his whole life. There is confidence in that and then there is also in the moment of fighting or aggression that instinctually you feel for your spouse but there is this amazing underlying feeling of confidence and pride.

You can’t live in fear.

No. I know when he comes to watch me shooting The Ranch for Netflix and we shoot in front of a live audience. He got to see an episode and I think he gets butterflies when I have to go out there and lay it on the line – not physically. It’s a terrifying job sometimes overwhelming. We feel both admiration for each other. 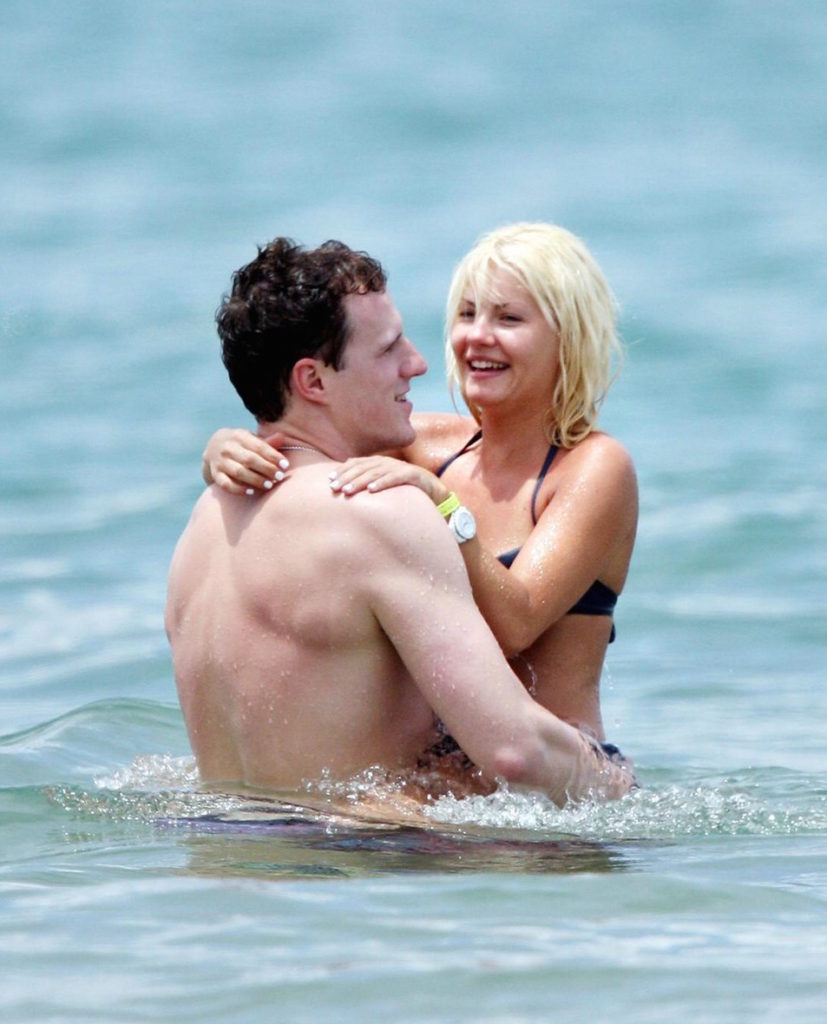 Did you grow up in a hockey world? How well do you know hockey stats?

No, my dad is an engineer in the automotive business and it was just my sister and I and finally my brother came along. I remember him playing hockey and it being a passion of his. I moved away and was acting at a young age. Acting consumed my life early on just like hockey consumed Dion’s life early on.

You both had this dream to do something that isn’t easy to do.

Acting got me too. There was definitely a will and drive but there was calling that was happening to me. There was no choice, if that makes sense. It wasn’t like oh my gosh I want to be a famous actress. The acting came into my life and I pursued it as the opportunities presented themselves. I worked hard but I think it was just supposed to be and for my husband too. I see him and I watch him and I know he was supposed to do what he does.

I looked around your social media and love how Canadian it is.

Dion and I are really passionate about living in Canada and he’s really proud only to have played on Canadian teams thus far. We love our home in Prince Edward Island in the summer; that’s our safe haven, that’s where we feel most at home. We make a beautiful life for ourselves out there. We are Canadians through and through.

Speaking of Prince Edward Island, weren’t there characters in Anne of Green Gables with the last name Cuthbert?

Yes! And even better, Lucy Maude Montgomery who wrote Anne of Green Gables was born Nov 30 like I am. Isn’t that wild?

Mary in Goon brought something new to you as an actor. And what about The Ranch?

Abby is totally different. We’re going from Goon who is so Canadian to The Ranch which is so American, you can’t get any more American than that. I’m jumping around a lot between Canada and the US but it’s great. Abby is the true Colorado sweetheart and the leading guy (Ashton Kutcher) was in love with her in high school and they have reconnected. She’s a teacher and I love that about her and quirky and funny and has a king heart, a sweet character. She’s so different!

As an actor you assume these personalities. But is there a degree of difficulty in some that isn’t in others?

They all have ease but are different in their own ways, Mary is the character you have to let all your inhibitions go and not care to look like a fool. And to do that in front of a crew outside your comfort zone can be overwhelming, you play it safe or you go for it. At this point in my career, I don’t know if I could have done Mary six years ago, if I had the confidence. As an actor you evolve the way you feel about yourself, and your performances. You slowly get better and have more confidence and say I am just going to go for it!

You seem like someone who never had a crisis of confidence?

No, I did, I had an issue with always wanting everything to be great and that can debilitate you, seeking perfection that doesn’t exist. It took me a long time to learn that lesson. I gave that the boot. And then I thought oh wow, I’m really good when I stop caring about being the best. I got some talent up in here. I don’t care anymore; it’s just free flowin’ crazy! That’s my advice, stop caring so much. I mean care to a degree. Be professional. I’m not freaking out and not as anxious. Every day when I tape The Ranch I feel this overwhelming emotion and butterflies. It’s because I care. But then once that first take geos by – here we go!

Some actors can’t bear those moments before going on.

Oh it’s terrifying. Ashton, he’d been six or eight years on That Seventies Show and all the while I was in Chatsworth California trying to survive on 24, he was having fun in front of a studio audience and had so much experience. When I first started the show I told him I thought this was going to get easier with my nerves and I’d become complacent to it in a way and go Oh yah tape night, just the usual. And he’s like No it doesn’t go away and it doesn’t go away because you care. You care. So I was like yes you’re right. I give a damn.

« Kids and Concussions: by Alison Burrison
Listen: Christine & Kate on ‘Pick A Number’ »