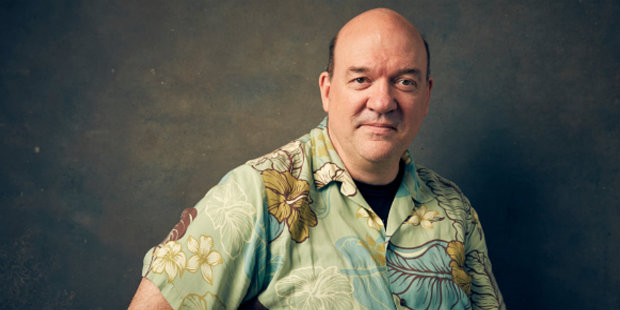 Harry Dean Stanton, one of the hardest working actors in Hollywood with an incredible 199 credits to his name, died last month at the age of 91. But he didn’t leave without making the biggest splash of his career in a role inspired by him and written for him. He is Lucky in the film of the same name, an appealingly honest and forthright philosopher living in a tiny town in the desert, wondering what it’s all about. He’s on a quest for spiritual enlightenment or at least to know what will become of his soul when he’s gone. While it may sound serious, it’s anything but. He is wry, witty, sarcastic and prone to philosophical yearning. His motto – “You’re nothing!” Words to live by. Laughter, tears and awe come in equal measure under the direction of his good friend, actor John Carroll-Lynch. Lynch of course, played the evil serial killer in Zodiac; the co-founder of McDonald’s who was unceremoniously screwed by an interloper in the fact based film The Founder, and stars in American Horror Story and  many more memorable roles. As a first time director, Lynch reveals a gift for authenticity of a moment and a character, and there is warmth in his work. Lucky is a little bit of heaven. We spoke with Lynch in Toronto.

This is a marvelous film; it’s so moving and real and filled with love. Lucky is an irascible loner but so many people in his desert backwater are attracted to him. Is this Harry Dean Stanton’s story?

It was inspired by Harry Dean Stanton, the behaviours, the crossword puzzles, the yoga and the game shows every day and the stories like the Mockingbirds he flew in WWII and the Army, they’re inspired by him. But you take someone’s life and reconfigure someone’s life; it becomes a confusing bit of business. It was brave to reveal himself, physically and emotionally. I was impressed.

Is he loved the way he is in the film?

No doubt people love him. He has many long time relationships and friendships that date back 40 and 50 years and he’s maintained them. He’s never pretended to be anybody than himself and he’s never asked to be. He’s very funny.  When I first met him this story might not be true but I’m doing it anyway – he was very close friends with Dabney Coleman, not based on acting but on a social network.  They liked to eat at Dan Tanna’s (in Hollywood). Both were in the Navy in WW2.

So I was with Dabney and Drago and Harry came in with Logan Sparks (the screenwriter) and Harry sat down and ordered tequila. Two statuesque twenty-something women came in and asked Harry if he was in Big Love and he said yes and they asked to have a picture taken with him.

Dabney says “why not me?” Of course, the minute Harry ever met a woman he looked forty, no matter what.  Every time he met a woman.  He sat down and Dabney started to stew and rather than let him stew, Harry said “sometimes I forget how famous I am”.  Dabney’s fabulous but his goat is very easily got.

And to do all the things he did in the film at his age, like walking through the desert and yoga. Amazing.

By far to have chosen to do 17 days of shooting and one day in the Arizona desert was impressive. One of the things about indie films is they can take a long time to get financing. It took Forrest Gump twelve years! So when I spoke to potential producers, I got really good at using a focussing technique. We’d go to financiers and say “a quick no is fine, don’t stretch it out.” And we got a lot of yesses.

Besides the mighty Harry Dean Stanton you have a literally breathtaking cast, including Tom Skerritt, Ed Begley Jr, Ron Livingstone, Beth Grant, Barry Shabaka Henley and David Lynch. By the way, are you related?

No, we’re not related. We were at the Locarno press conference and I was explaining that my dad had a cameo as a barfly. He was nice to do it, but doing background can be enervating. At one point in the middle of the a scene, I had to say to him Dad, youre going to need to wake up and I told that story and everyone was confused.  I didn’t understand why and they said that must have been important. I said “My Dad the Denver lawyer?” David Lynch is not my father.

You got James Darren! He was a huge star when I was little and here he is vigorous and in good company and still hot at 81.

It was such a lucky break. We had another actor attached and the role was written for him, a great actor, but when we locked David Lynch’s dates in, he couldn’t do the dates. WE were looking for someone else and in one of our Sunday script meetings, one of our producers mentioned him in Deep Space Nine. So were driving away and there’s James Darren on the side of the road with a broken down car.  We asked “what are you doing there?” He said “my car broke down what does it look like?” So we told him there was this movie and we’d send him the script. That was Sunday and Tuesday he was in the film. He brought a great sensibility that was unexpected.

The depth of conversation and the humour and whimsy are perfectly balanced, natural and lifelike. How do you keep these veteran, dynamic actors balanced?

That’s the definition of directing everyone on the same picture, one thing that helped was everyone was there for harry dean, from the producers to set dressers, all there for Harry.

President Roosevelt, was he difficult onset or in the desert? (He is a huge 100 year old tortoise who plays David Lynch’s beloved pet that ran away)

Like any actor you bribe him with food – strawberries. He likes them a lot and I do too. It wasn’t a pure science; definitely it was catch as catch can. You know a desert seems like forbidden territory where death is but in actuality, it’s where the longest lived things in the world live. Saguaro cacti can be fifty feet tall and grow one half inch a year. That’s why we shot in cave Creek, Arizona to use them in the background.  They are protected and of course they were also a source pf spiritual and religious symbolism to the natives who lived in the area.  The screenwriter Logan grew up there.

You list four “moral supports” in the credits. Who are they?

Dogs! Dogs that were around the set during the shoot.

What is your next project called Crawford?

Its’ a fantastic crazy show from Mike Clattenberg, who is a Canadian national treasure. He wrote this crazy show that will be out in 2018 and the only way I can describe it’s about a family and cereal, racoons and pot. Jill Hennessey is the patriarch and I’m her husband. She’s in the cereal business and he’s a former police officer who is on disability and doesn’t talk because he was shot in the head.  It’s a fantastic, crazy show. And one of the children discovers he’s a racoon whisperer. There are lots of talented Canadian actors including Daniel Yang in his first year out of high school. There are some people who worked on Trailer Park Boys, I can’t say more, but you’ll know them.