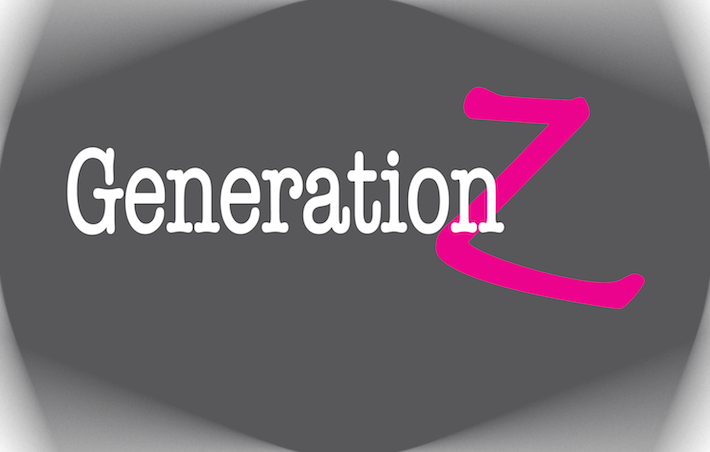 March is Woman’s month (US, Australia,UK) International Women’s day is March 8th. Here are Dr. Wilen’s insights on Generation Z women and the impact they will have on the workforce and as leaders.

Gen Z is loosely defined as the generation beginning in the mid to late 1990s. Sparks and Honey  report that Gen Z birth years range from 1995- present (2016 the oldest person in this group would be 21).  They note that Generation Z will be 40% of the population by 2020 and will be much more diverse with 50% hybrid multicultural backgrounds than previous generations. According to authors Beltramini and Buckley Generation Z is currently about 26 % of the US population with many in college and in the workforce.

Gen Z has grown up with the invention of touch-screen smartphones, an economic downturn, terrorism and emphasis on global warming and the environment. They differ from the previous Generation Y as they are more “self-directed, future forward and entrepreneurial.”

How did they grow up and what defines them?

Generation Z is growing up in a volatile, uncertain, complex and ambiguous (VUCA) world, one that is full of hypersexualization,  terrorism, reality TV, recession, massive school shootings, cyberbullying, and cybercrime.

What about Z Women?

According to girlspeakout.org Gen Z girls are less likely to identify with the roles and traditions of women from previous generations, are more likely to have strong feminist attitudes, and expect gender equality as the norm, not a notable exception.  In my research Women Lead I noted that younger generations X and Y men and women were less inclined to view leadership in terms of gender but as a set of qualified characteristics and attributes that the ideal individual possesses. Gen Z author Vivek Pandit notes “Issues of gender and race are less important to us simply because our perspective is that they should not be issues at all.”

Generation Z women have already witnessed paradigm shifts in the definition of gender. They have

Rebecca Healy notes in her blog, “Gen Y believes in equality, but can’t have it because they’re stuck in a workplace with outdated paradigms. Gen Z won’t be stuck there though. They’ll be at the coffee shop with their friends on their laptops. As a result, Gen Z will be the first generation where women and men are mutually respected not just in their personal lives and relationships, but also at work.”

Digital- Gen Z was being born into a world in which they would learn to type their name before printing it. For example, 65% of 12 year-old girls and 79% of girls between 13 and 15 own their own mobile device. Almost a quarter of teens have a tablet device and 95% of the Gen Z population uses the internet. Of tweens aged 8-11, 91% of boys and 93% of girls play games online.

Entrepreneurship- the NY Times noted that entrepreneurship is in Gen Z’s DNA.  They grew up with Made It Myself sites- Etsey, Zazzle, and watching TV shows like Shark Tank.  70% work entrepreneurial jobs in youth.  In addition, they have a strong sense of self and adaptability to change a key attribute needed for entrepreneurs.

Ensuring that Z Women are successful

Gen Z women have the ingredients to change the landscape for women in business, technology and leadership. It is up to us to create equal opportunities for them to excel.

Confidence- in a research study by Wiebkee Bleidron PhD that men have higher self-esteem than women and that both men and women show age-graded increases in self-esteem. There are numerous programs and organizations focused on increasing girls’ confidence

Healthy risk taking– According to research published by Psychology of Women, organizations such as the girl scouts and girls.org encourage girls to take healthy risks.

Promote STEM (Science, Technology, Engineering and Math) even if you are not comfortable with it. According to ISTE engaging girls in STEM at an early age is essential to closing the gender divide.

Classroom– Maker Movements that promote STEM in schools are ways that we can ensure that women are actively and independently participating in job creation and growth as business inventors and owners.

Look beyond personal generational biases. Finance, technology and business skills are not gender characteristics but critical skills for a contemporary world.

Entrepreneurship. Encourage women to run their own businesses to create their own culture and successful environment.

Dr. Tracey Wilen (Tray-Cee Why-Lynn) is a prominent thought leader on the impact of technology on society, work, women’s leadership and careers. She’s been a scholar at Stanford University and has held leadership positions at Apple, HP, and Cisco Systems Inc. Dr. Wilen has authored 11 books including Women Lead, perspectives from workplace leaders