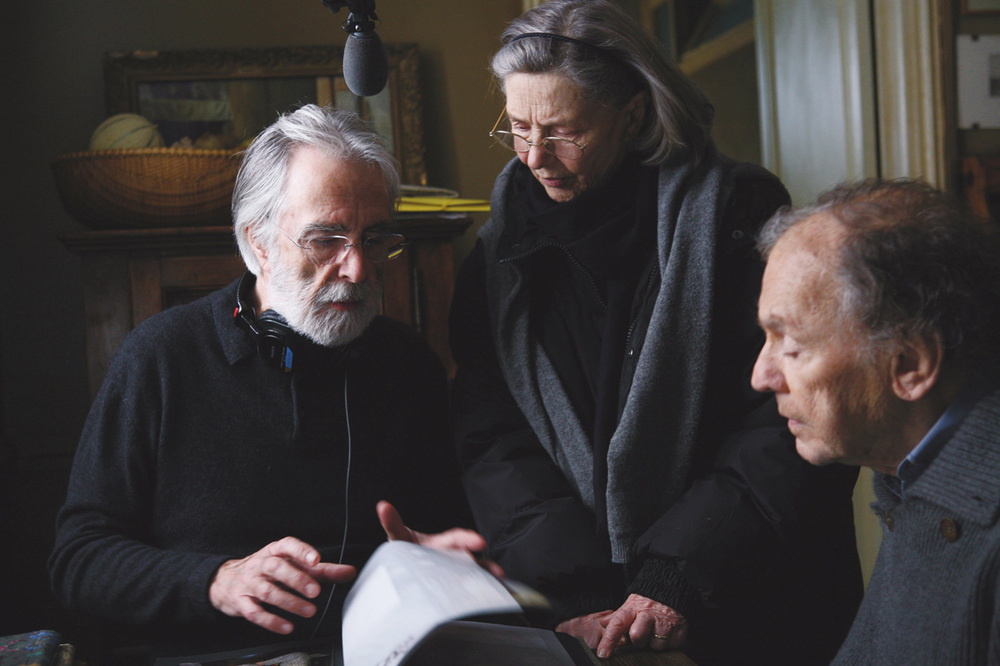 Austrian auteur Michael Haneke’s films are singularly unsettling and voyeuristic; they are uncomfortable, icy and compelling. His 2009 stunner The White Ribbon predicted the Nazi rise to power in Germany via the perpetrators’ childhood cultural traumas.  The children went on to kill millions in the Holocaust.  Haneke leaves enough space for us to lock in on a psychological level and witness how behaviours can ripple through generations.  In fact, three of Haneke’s recent films look at a single family over years. Cache, Amour and his new film Happy End feature characters named variations of George and Anne, last name Laurent, at different times.  It stars Isabelle Huppert as Anne Laurent and Jean-Louis Trintignant as her father Georges and Fantine Harduin as a next generation Eve Laurent. The young Eve carries out a shocking plan and finds a partner in her like-minded grandfather. I spoke with Haneke in Toronto, via a translator.

The film reminded me that videos of death are staples on social media.

It’s true.  I’m aware there are videos of violence presents, but I haven’t looked at that. I knew social media would be important in the film I didn’t have a social media presence prior to that but did research to find out what people were using, and used that to tell the story. But the starting point of the story was something I read in the newspaper, a true story about a 14 year old in Japan a couple of years ago who over the course of several weeks poisoned her mother and published it on the internet.  That story fascinated me and so I researched which social media could be best used for the film and Snapchat seemed to be the way to go.

It seems you’re dealing with psychopaths. …

Who is the psychopath?

The little girl and her grandfather.  She carries out her dangerous impulses, and he gets pleasure out of it.

I know people like this. I wouldn’t call it pathological. I think that it’s a normal behaviour but I’m not interested in describing what kind of behaviour it is.  I’m simply presenting the behaviour and it’s up to you to interpret it.  I don’t find the grandfather Jean-Louis Trintignant’s behaviour pathological in the film Amour. He explained the reason extensively why he killed his wife and the decision to do so and I doesn’t find it pathological, however its fine with me if that’s how you want to interpret it, I’m fine with any interpretation. 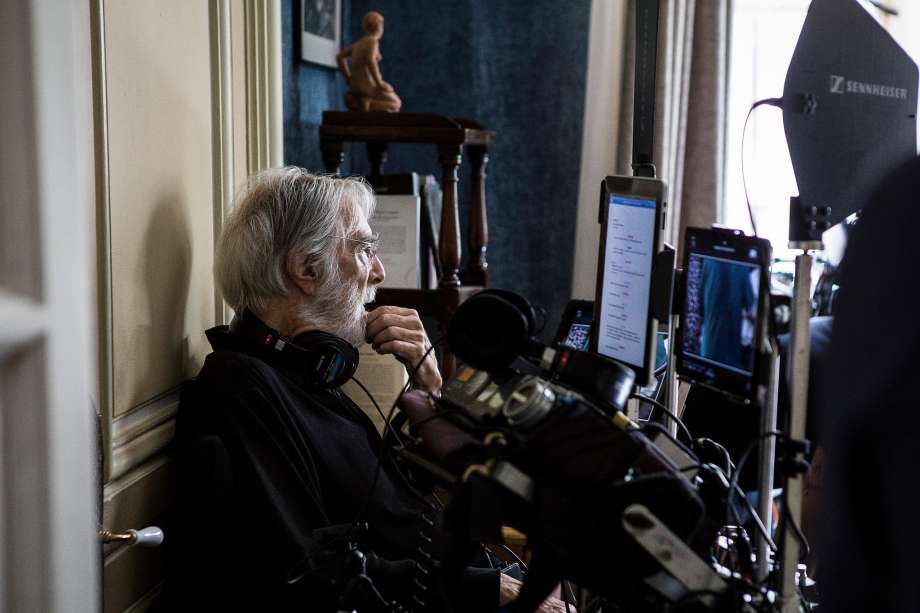 Is this a sequel to the Laurent family stories, particularly Amour?

It’s not a sequel. This film isn’t a sequel, one thread deals with something, but I don’t see it as a continuation. Amour ended with a metaphorical ending, not a real ending. Not physical.  The story of Amour was based on a personal experience in my family, an elderly aunt to whom I was very close to, whom I loved very much.  At the end of her life she wanted my help to commit suicide to end her life and I was unable to do that for her for many reasons. Eventually the aunt did commit suicide on her own and I approved of her action.  I was glad she found that release from her suffering but that was what led me to want to deal with the theme in Amour.  In this case, Happy End, I wanted to come back and revisit it. We hadn’t seen the real ending in Amour; it was open, metaphorical and here I wanted to present a realistic view of a similar case. How do you go about dealing with the suffering of someone you love so deeply, realistically? Again I take up one of those threads, treat it differently, showing it from a different perspective, it doesn’t make this film in my mind a continuation. That thread is simply one of many other strands that are dealt with in the film.

Why this family, the Laurents?

In my films I always present the family, only family that I know! All authors, real serious authors do that. It’s always the same person writing, it’s the same mind directing the films. Other directors, similar directors were reproached for the same thing; Bergman was always reproached for always making the same story, Cassavettes too.  It’s always the same head, the same mind that’s making those stories; it’s always the same, influenced by the same things. You may like it, you may not, you may find it monotonous, but that’s how it is. It’s not like a commercial director who takes scripts and puts them to the screen, but in the case of an author, you’re writing your own scripts and transposing them to them for the film. Otherwise, you’re a journalist.  I’m not saying that contemptuously at all. They deal with things, but if you see yourself as an author then you’re telling stories you know about and which you can speak about personally.

The dread occurs when you don’t understand everything because everything isn’t explained. It’s like real life, in real life, we only capture fragments of things, fragments of situations, you come into a room, you meet someone you don’t know anything about them, you have certain information and the next day you may happen to meet the same person again and see that person in an entirely different light. That’s how we experience daily life. It’s so fragmentary and that fragmentariness, that sense of mystery does make us uncomfortable at times.  It’s only in mainstream cinema that claims to represent all of reality that explanations for all of reality and that’s why it’s so dumb because it’s impossible in my films. I’m seeking to capture the fragmentary-ness and mystery of life which then does convey a certain dread. But I think it’s a good thing to respect that.

« 2017 in Review Plus the Hotly Anticipated Phantom Thread and The Post
Trifecta, Paddington’s Back! Murder Afoot and Canada’s Top Films Festival! »