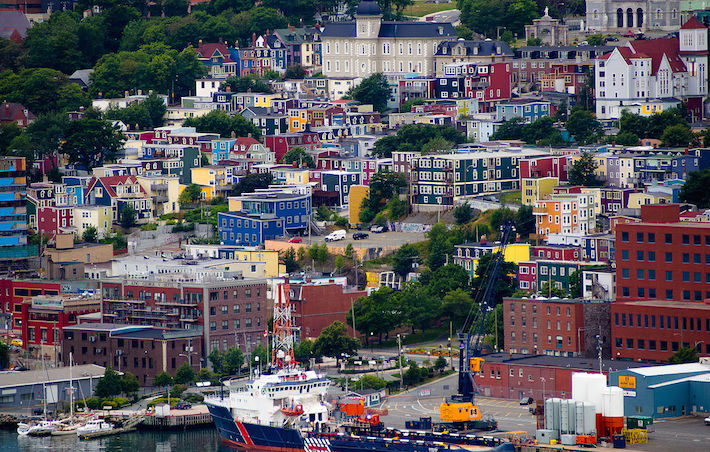 As we sat down to our last meal in St. John’s, Newfoundland, after a busy week of activities and exploring in the city as well as around the Avalon Peninsula, I asked my 17 year old daughter if she would recommend Newfoundland as a family vacation spot for her friends.

“Only my adventurous ones”, she said.

Newfoundland is unlike any other province in Canada. With 29,000 kilometers of coastline (including Labrador), boasting the most eastern part of North America at Cape Spear, the topography is constantly changing, and with it the adventures and activities you can do.  “Newfoundland is one province, but two lands”, said our tour guide Larry.  The population in Newfoundland and Labrador is sparse; only 150,000 in St. John’s (the capital city), with a total population of less than 500, 000 in Newfoundland, and only 28,000 in Labrador.

First things first; there seems to be some confusion on how to pronounce Newfoundland.  Residents tell us to remember it like this “Understand Newfoundland”, making the two words rhyme.

Traveling with teenagers can be a challenge, but I knew when I started researching for our trip that we would be able to find a mix of physical activity, exploration, and (when they weren’t looking), learning as well.

We started our stay in downtown St. John’s, which is home to many restaurants, pubs, and shops.  It is also adjacent to the area of St John’s which is often featured on postcards and travel brochures; the Jelly Bean Row houses. These row houses are brightly coloured and line the surprisingly hilly streets just north of the main strip of downtown St. John’s. According to Larry, the tradition came from using the leftover paint from the fishermen’s’ dorys (fishing boats). Today, you are allowed to pick the colour, but the city has approval to make sure there aren’t two houses of similar colour in a row. And colourful describes most of the people we met, their storytelling and friendliness matched only by the pride they have in their home province. After all, you often hear people refer to themselves as Newfoundlanders, but when’s the last time you heard someone say they were an Ontarian?

“How can you tell a Newfie in heaven?”

“He’s the only one who’s saying he wants to go home.”

So, coming “from away” as we did, our week long itinerary in Newfoundland had plenty to offer. Here’s a breakdown of what you can pack in to that timeframe. And as our sea kayaking guide Stan Cook reminded us, “If you don’t like Newfoundland and Labrador, that’s your problem.”

McCarthy’s Party: Day tours in and around the St. John’s area. We took a City Tour which included Cape Spear, Signal Hill, Quidi Vidi, Petty Cove, and a quick spin down the main street of St John’s. Guide Larry was fantastic.

The Rooms: St. John’s Art Gallery and Museum all in one. Great moving exhibits plus permanent displays; good for kids of all ages and adults too. Restaurant as well.

Stan Cook Sea Kayaking: We took the two hour guided tour which included a ride back. Kayak in caves, see sea creatures 80 feet down in crystal clear water. Great stories from our hosts.

Gatherall’s Whale Watching: A humpback whale waved a fin and breeched right in front of us. 90 minute tour; Gravol recommended.

Cape St Mary’s: Cliffs are huge and the most accessible seabird colony in North America awaits. Easy trail to watch nesting colony of gannets and seabirds.

Hometel: (St. John’s) Half hotel; half home. We had two rooms in our own “townhouse” and shared breakfast (included) with other residents. Great for families, close access to downtown and Terry Fox Memorial.

Edge Of The Avalon Inn (Trepassy): Host Carol Ann Devereaux runs the inn, and it seems like the county. Newly renovated rooms, great restaurant and Earhart’s Pub a great spot to catch up with Carol Ann and other locals.

Where to eat: Moose were introduced to Newfoundland as a form of food in 1904, when six of them were transported over from New Brunswick. Today, there are 125,000 of them in Newfoundland. My husband and son did their part in controlling the herd by munching down on a moose burger, one of the many excellent meals we had. And you can never go wrong with Newfoundland fish & chips.

Yellow Belly Brewery: An on-site brewery and menu mixed with traditional Newfoundland fare as well as some specialty meals.

Mustang Sallys: A great lunch spot for pizza, tortillas, nachos and wraps, all made fresh with ingredients you choose.

Duke of Duckworth: Typical Newfoundland pub with some of the city’s best fish and chips.

Mallard Cottage: The weekend brunch is not to be missed in this quaint cottage in the fishing village of Quidi Vidi, five minutes from downtown St. John’s. Order the chef’s breakfast plate and let him decide. 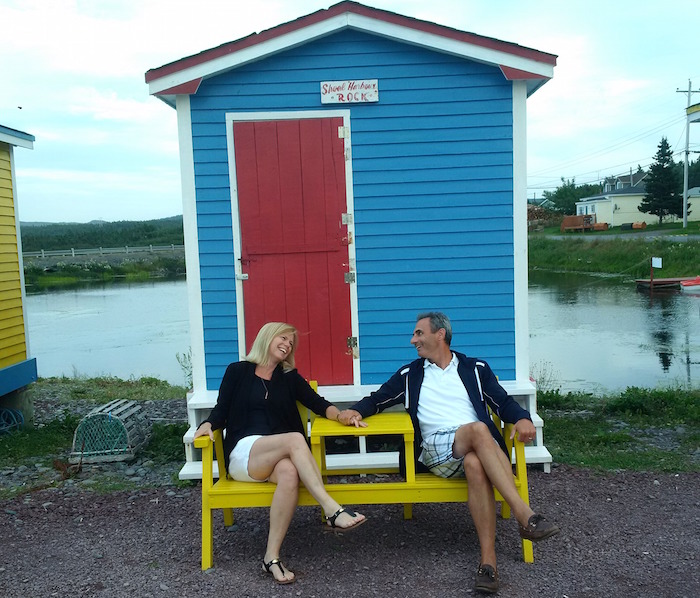 « TIFF Has It All!  Our Capsules Reviews – by Anne Brodie
Empowered in My Skin and Jully Black present “From SheRO to SheEO – Be the Master of Your Decisions.” »