Jesse Eisenberg, Alexander Skarsgård and Salma Hayek star in Kim Nguyen’s latest film, a gripping business thriller about two cousins who set out to do the impossible, no matter what it takes. Vince and Anton have discovered a genius way to get crucial trading information from Kansas to New York in milliseconds. They’ll plant an underground trail of fibre optics in a straight line.  Brilliant! And they’d be wealthy. Problem is there are people in that pathway whose lives would be disrupted beyond repair, but they don’t care. Along the way, they cross their former boss Eva and she’s about to have her revenge. We spoke with Nguyen who wrote the story and directed this chilling modern morality tale.

I’ll read a quote from you ‘I guess when you’re writing stories, you keep working with these horrible, archaic and hyperbolic things. It’s when you stop writing the story and realize these things happen in real life, that’s when it’s tough. You’ve got to distance yourself.”  The film highlights our flaws and questionable ethics and reflects the unstable times we live in now. How do you distance yourself?

When I was doing a film about child soldiers (War Witch), it was all about keeping your sanity, but during The Hummingbird Project, I thought about the general madness and craziness in the business environment. I talked to people in the industry and traders and they completely agree – everything is going the wrong way, but they have a strong sense of humour about it. They have an “auto-derision”. It’s weird but they didn’t want to go into that and acknowledge what is happening. Sometimes there’s a lightness to the film, but it addresses something tragic and horrible, that our financial system is totally broken and the most vulnerable people don’t have anything they can do about it. Thank you for reading the second level of understanding of the film, I really appreciate it.

There’s a certain evil in what these cousins are doing.

We have evil in us, like greed and when Jesse saw the script, he was in. I was amazed by the general knowledge that he has; he’s totally connected.

It’s like everything about him, even his speech patterns, it’s all about speed and dominance, he’s a real hustler.

He’s like that in real life also. He throws out ten ironic comments in a minute and you get one and he’s already ahead of you. He’s funny. Mostly what’s cool is that he is in a lot of ways, parallel with the lead character. He’s second-generation immigrant, and he’s so New York. Its weird. And he doesn’t live in New York. I think he lives somewhere in Indiana now.  He needs relief from his own brain and he can’t walk a block in New York without being asked to do twenty selfies. 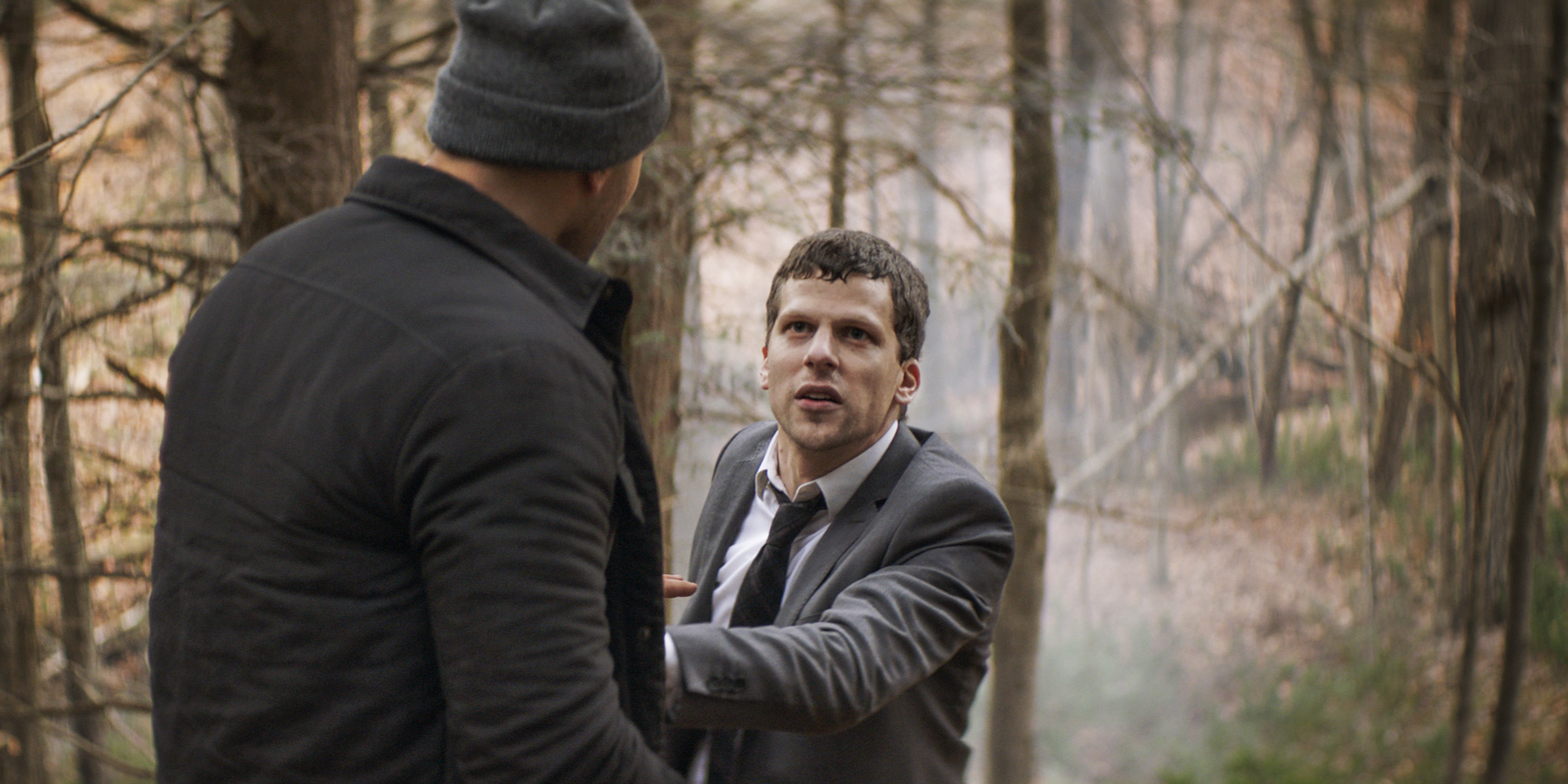 Jesse Eisenberg in ‘The Hummingbird Project’

The film is radical in that it is based on the idea of morality. Films don’t usually go there so clearly and in it, morality is weakness.

It’s so interesting, so weird, I agree. It feels like morality is out of fashion. I love The Godfather and think about Michael Corleone and at the heart of it, he wants to change things and he has a certain morality. But he becomes perverse.  Today, a character who is like that would seem so seventies. There is something about that in this film. One of my colleagues says the structure is a double irony structure. The lead character thinks his purpose is one thing and he learns halfway through that its another.  You do see people are unhappy and they’re going the wrong way and they get sick.

The Hummingbird Project concerns a get rich quick scheme like others that happen every day. What was your specific starting point in writing the script?

Then I read a number of articles about people making tunnels and doing crazy stuff, building cell towers and using drone technology and as mad as ever, just trying to get cables from New York to London to gain one millisecond. Everyone was doing it. Now it’s a nanosecond, one-thousandth of a second and their spending millions of dollars on it.

One of the film’s most aggressive characters is their ex-boss, Eva played by Salma Hayek. She’s mythological, showing up where she shouldn’t be and she’s fearsome.

Salma and I worked very closely on this character and to be honest, we rewrote the character once she was on board. In the first draft, her character was a male, then we decided it was unbalanced and we needed a female voice and then we got Salma when she had a tiny window when she could do it. There were not a lot of people we wanted. We had substantial discussions about who she is and where she comes and we acknowledged her background. There is so much fire in her, she’s the real deal in life and onscreen. Some actors catch the light so well and Selma did so well. I was jealous! 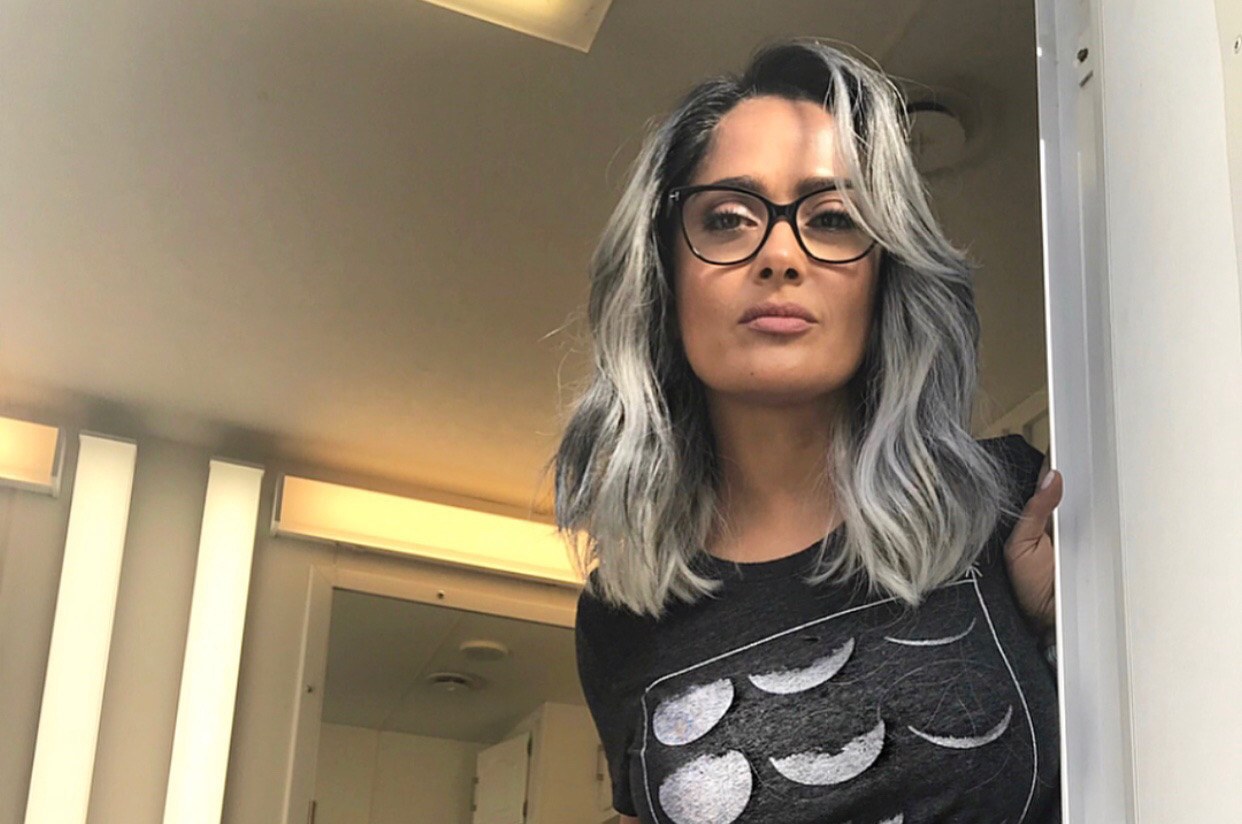 I read somewhere that casting directors like to get actors whose head shapes have a mathematical structure ensuring they look good from any angle and in any light.

Maybe subconsciously.  Its not just about that in casting, and more and more I try to do the opposite. This general casting look is bland and its mostly for males. They always look the exact same, buffed bodies with six packs. It’s unfortunate for casting.

Alexander Skarsgård plays a really interesting character, brilliant with numbers and science, and he’s on the autistic scale.

He’s so good looking I was ashamed to walk with him. He’s like a silver jewel walking to lunch. The funny thing is that he is comfortable and he’s been told he’s gorgeous all his life.  He’s a sweetheart and he really wants to take risks and I guess he gets that from his family of actors, it’s his heritage.