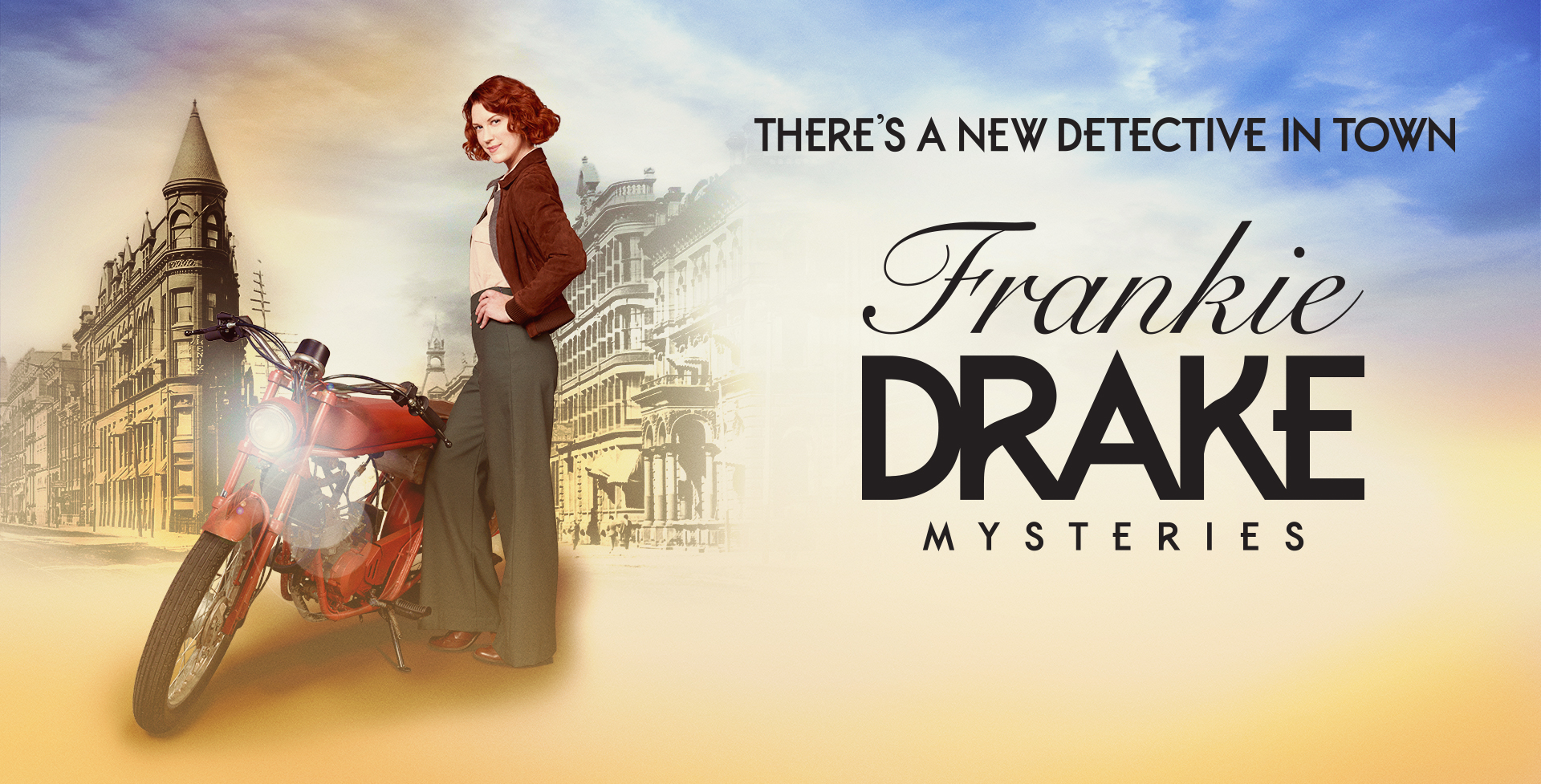 Canadian television has a brand new heroine – a smart, spunky, ahead-by-a-century detective who in 1921 Toronto runs her own business, completely staffed by women. She has a lifetime of travel, espionage and diverse cultural experiences. She is Frankie Drake, pioneering protagonist of the CBC’s new detective series from the folks behind Canada’s number one television series, Murdoch Mysteries also set in Toronto. Set just 16 years after Murdoch, Frankie Drake inhabits a similar universe, real places that existed or still exist but with a new spirit.  In the post-WWI years, women were enjoying new independence, working outside the home and shaping their own lives. Just a year before the series begins, women won the right to vote in Ontario. Drake personifies the new woman; she’s modern, she works and she has her own ideas. Even so Drake is even further ahead of her time, having traveled the world as a spy and absorbed new cultures. Veteran actress Lauren Lee Smith, from B.C. is Frankie, and her fresh performance enlivens the show’s intriguing premise.  Smith admits Frankie is “a pretty fantastic character”.  Smith’s own experiences mirror Drake’s as she traveled the world growing up, she’s worked hard and had great success in her chosen field and she too has pushed the envelope.  Smith also stars in Guillermo Del Toro’s highly anticipated sci-fi fantasy love story The Shape of Water, a big hit at TIFF due in theatres Dec. 8th.  We spoke in Toronto recently about both projects.

Did you give Frankie a history apart from the script?

Yes, sure. Frankie was raised by her father who was a grifter. Her mother died when she was young and Frankie became a messenger on the front lines during WW1. She was a spy for British intelligence, and may have a made a few mistakes along the way. 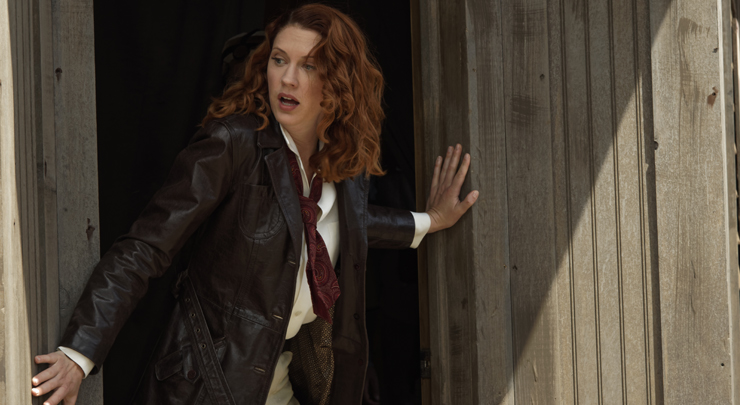 On coming back to Toronto, she opened first female detective agency. It was a wonderful thing for a woman to do. The creators of the show about this iconic, incredibly strong-willed rebellious character who in 1921 in unheard of. Yet it makes sense. It was such an interesting time for women. It was a time of liberation and females were standing up for themselves for the first time.

Frankie has a massage and green tea in one scene, no big deal today but almost one hundred years ago, few would know of the existence of these things. She’s a pioneer in many ways.

So many things! She’s a really forward thinking woman. Part of her backstory is living abroad in Europe and the Middle East, as an adventurer and traveler who saw different cultures and practices. There will be snippets of that through Season 1, the things she picked up or that we didn’t see yet in 1921.

Murdoch set the bar high with a great period story in a real place with great writing and teamwork. Frankie Drake could have real staying power. Would you want to stay with the series for years?

That’s the hope, the creators of Murdoch do an incredible job, it’s in its eleventh season and it’s the top rated Canadian television show. We would love to be able to continue and have half the success Murdoch does. I adore her, what she stands for and it’s an absolute joy for me. It’s a matter of fact, as long as the creators and writers have something interesting to say, I’m onboard.

Murder mysteries are the backbone of filmed entertainment and literature. Why are they universally fascinating?

People generally see some kind of resolution and when you tune in you know what youre getting, a mystery crime and you’re going to see how it unfolds and hopefully there will be a resolution. It’s comforting. We delve into those worlds in an entertainment aspect without thinking about the actuality of crime.

You also star in Guillermo Del Toro’s The Shape of Water. What was the shoot like? What about your character?

I was shooting in Montreal last summer this life and I got a call from my agent saying Guillermo Del Toro is interested in having me play a small role in his new film. First of all, wow, and I immediately said yes without knowing anything about the character or film and was contractually obligated a to do the other shoot in Montreal and I had a four month old baby with me.

I had to make it work and work with him. Everything aligned and I traveled to Toronto from Montreal to Toronto and shot my scenes. Very little was told to me beforehand, all I knew was that I was to play opposite Michael Shannon and that we had a tumultuous relationship. That’s all I knew. It’s a love story with a deaf mute character and one of Guillermo’s fantasy creatures. I was like YUP. I’m in.

Extremely impressive body of work, you’ve done it all. Has it been relatively easy for you?

It has been in a sense, once I stopped fighting it and worrying about it all. I started my career when I was 18 and everyone said you have to go to LA everyone does, actors do. I did that and went to pilot seasons and did bookings in Canada.

And in my mid-twenties, I looked at my career and asked myself why I was fighting this. Being in the states when I can do work I am proud of in Canada, work with amazing crews and casts, why not be happy with that? I am. To me, the measure of success is getting to work no matter what that work is. It fulfills me. I have been fortunate over these fifteen years.

Do you think LA matters now as much as it did in the past?

There are incredible films coming out of every country. We’re seeing more and more and getting recognition through platforms like Netflix and Amazon. Everything is more readily available. I remember starting out I would go to odd indie video stores trying to find foreign films and anything with Isabelle Huppert and now its readily available to people.

Any roadblocks along the way? How did you deal?

I have a wonderful support system a husband who has supported me and my career to no end through 12 years and he’s from Berlin and he is just committed to being with me and in Canada whenever he can. I have a supportive family, any time I’ve hit a roadblock I’ve had these people in my life, to talk sense or pick me up off the ground, or tell me it wasn’t meant to be and that the project of my dreams is just around the corner.