Join Michael Caine as he curates his coming of age during London’s Swinging Sixties in My Generation. It was a time of social and cultural upheaval and a new generation of post-war youth demanded a total reboot to rid the UK of its entrenched, repressive classism. They did it through music, art, cinema and dress, and created a new order that actually did change things in the UK. Caine talks about this working class upbringing and this entry into film, often playing characters of the period. Archival footage brings the time to life; Mick Jagger is mobbed coming out of court, Twiggy poses and partys, rebellion, protests, ands pop mosaic like nothing heard before. Present day interviews shed light on what the kids accomplished. And what an interview cast – Paul McCartney, Joan Collins, Marianne Faithfull, Roger Daltry, Lulu, Mary Quant, Penelope Tree and Sandie Shaw.

Sons of Anarchy creator Kurt Sutter’s dreamed up another ultra-violent motorcycle drama series called Mayans and it’s on FX Tuesday nights. Reyes (JD Pardo) is just out of prison and working his way to brotherhood in the Mayans M.C. club art the California Mexico border. The former town Golden Boy’s chasing a universe peopled by ruthless drug dealers, Samoan cartels, death obsessed, Nazi helmet wearing, and gun happy street warriors and calling it a fresh start. But, hey, he’s sensitive, he reads books. A local cartel-owned dress factory is a front for drug shipping (sewn into ball gowns) but unrealistically, workers wear their colours openly. Informants join the ranks and “drama”, i.e. gunplay, torture, threats, bloody, bombs, and the usual clunky, wooden and tired gangster tropes. The wives are willfully ignorant to keep the dress money flowing. There’s no one to root for and nothing to connect to so it’s hard to get excited. Who needs to watch grown men playing medieval war in California? These are despicable characters doing egregious things, now what? One fun moment takes place in a prison when we catch a blink-and-miss-it cameo by Katie Sagal, so that’s something. As for the rest, walk away. It’s not even clever.

Step into the deceptively unsentimental rural world of Andrew Wyeth in PBS American Masters “artist’s flight” series tonight. Wyeth, best known for “Christina’s’ World” reveals the underlying darkness of country living and those living there. He painted with “painful sensitivity” and revealed in details – a log with dog’s teeth, violent hunting images and dark murmurs. He painted the farmer next door as a snow drift when he died. His was no ordinary appreciation of nature. He was the son of renowned N.C. Wyeth, and grew up surrounded by strong imagery and had his first show at MOMA at age 20. He lived in two rural homes; one in Chadds Ford, Pa. and Port Clyde, on coastal Maine, which deeply informed his work. The subject of his iconic painting Christina’s World is not a woman half lying on the grass longing for something as it seems, she was his severely disabled neighbour who crawled around her farm. Later in life the release of 200 “secret” paintings of Helga Testorf created a sensation. His sons Jamie and Nicholas Wyeth, Testorf and art historians wrestle with Wyeth in this captivating portrait.

Love Hurts, Series 2 is a trip down memory lane to BBC One’s comedy-drama series with Adam Faith and Zoë Wanamaker and Jane Lapotaire. Tessa Piggott’s married lover and boss leaves her for another mistress! She thinks a quiet life is in order and finds work at a charitable organisation and a new man comes into her life. The 10 part series was a 90’s hit in the UK and is now available on Acorn.

Anthropocene is an extraordinary documentary on global forces at play that are, without any doubt, destroying our planet. Filmmakers posit that we are in the middle of the Sixth Extinction on earth, the Anthropocene epoch marking the period in which negative human impact on earth’s resources, lands and water became life altering. Absolutely riveting and absolutely devastating.

Sharkwater Extinction is the late Rob Stewart’s highly anticipated sequel to Sharkwater, his documentary manifesto to save the oceans’ most successful predators. He travels the worlds to discover why sharks are disappearing at an alarming rate and the harm their absence will bring to life on earth.

What They Had Hilary Swank and Michael Shannon are brother and sister grappling with their mother’s fast moving dementia and their father’s heart disease. They won’t go into care and a Pandora’s Box of family dysfunction opens.

Falls Around Her Finally Tantoo Cardinal gets a lead role! She’s breathtaking as an Anishinaabe rock star who retires to her home reservation in Northern Ontario inadvertently putting herself in harm’s way. Her refusal to return to the city may break her. 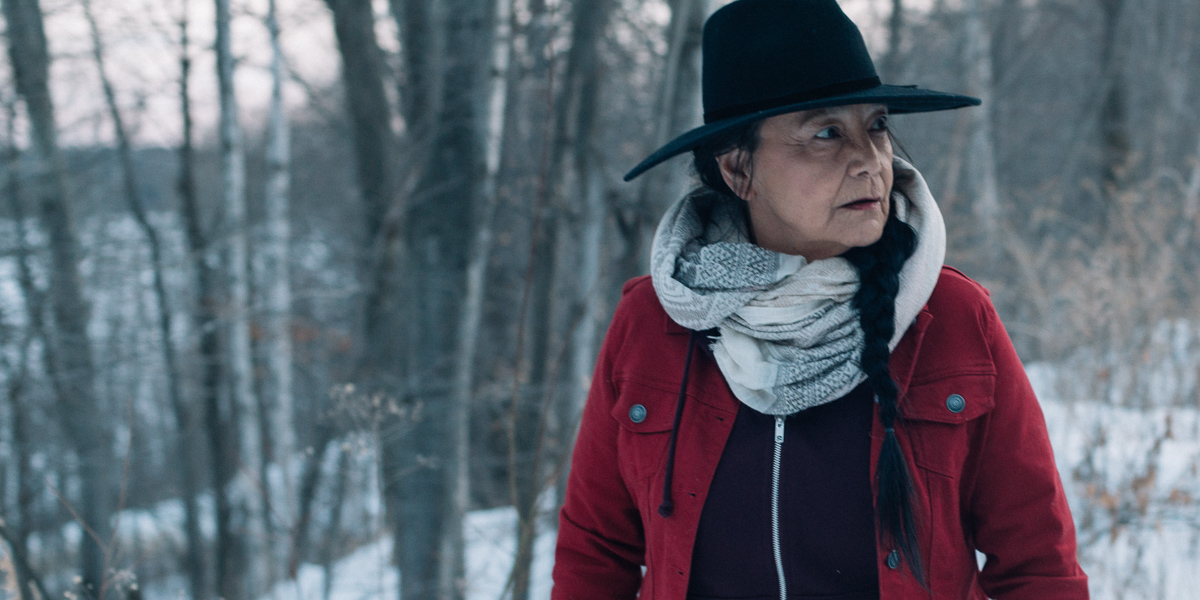 Don McKellar directs an adaptation of Joseph Boyden’s novel Through Black Spruce about Will Bird and his niece Annie who tread dangerous ground going up against local criminals. At its heart, it’s about the bond of blood. Shot in Moosonee and Toronto.

Blind Spot – incredible feels like single take – an adolescent throws herself off her parents’ balcony. We follow what happens minute by minute to reach powerful truths.

El Angel is the true story of a baby faced serial killer in Buenos Aires who operated in the 70’s. It’ weirdly lighthearted and stomach churning set against brilliant colours and bright sun and the boy’s seductive power.

Angel is a vérité style story of a Senegalese prostitute whose life is about to be changed by a European race car driver with a drug problem. Heartbreaking and intensely naturalistic. 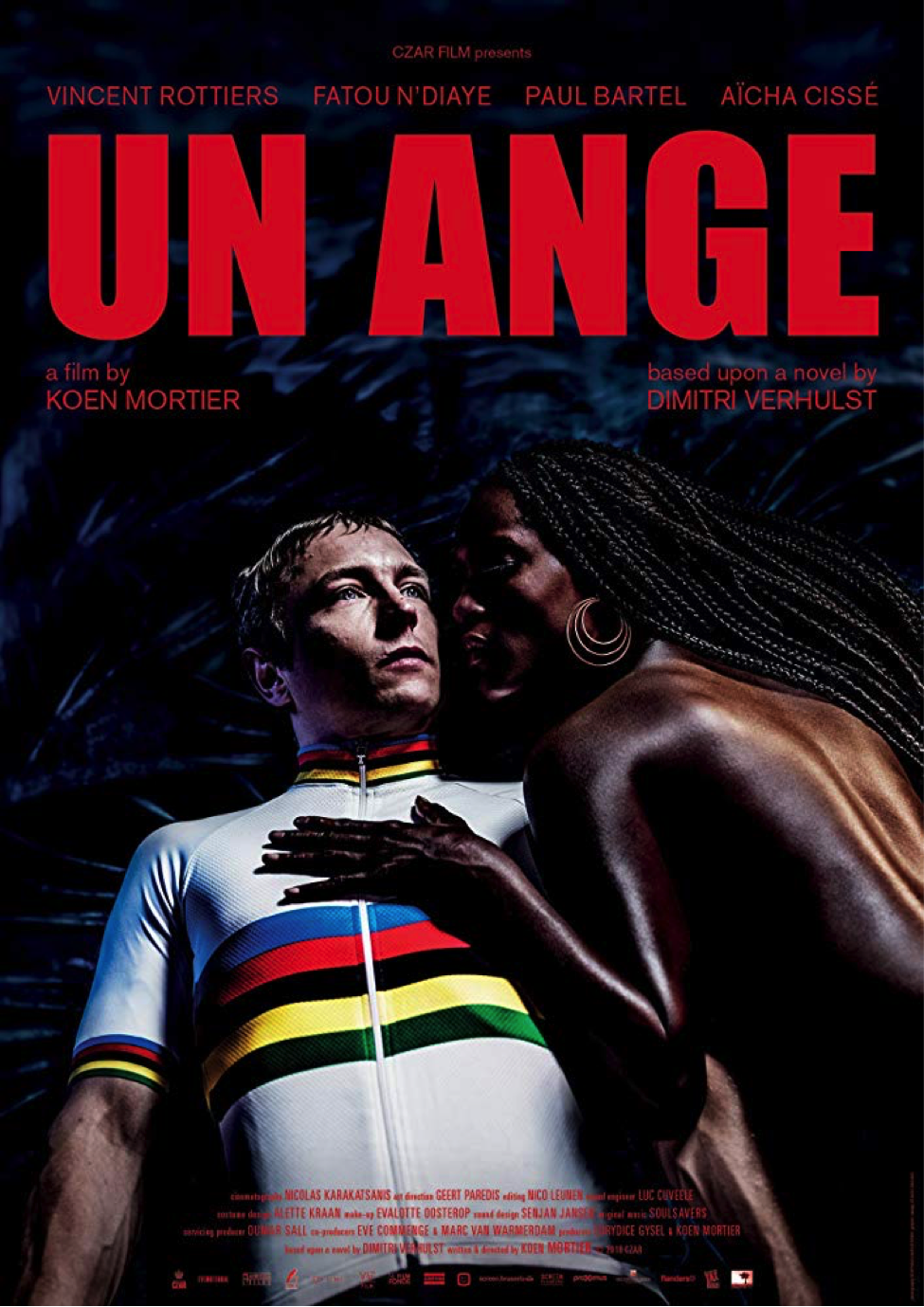 Woman at War – A woman with a bow and arrow disables the Icelandic industrial complex while she manages to hide her identity as a choir and yoga teacher. The government, police, and the FBI are hunting her but she manages to stay under the radar. Her stunning acts of rebellion are galvanising but how far can she go?

Wild Rose is an old fashioned yet contemporary story of a Glasgow woman with rare vocal ability and abiding love of country music whose dream is to make it to Nashville. Too bad she’s wearing a prison ankle bracelet. 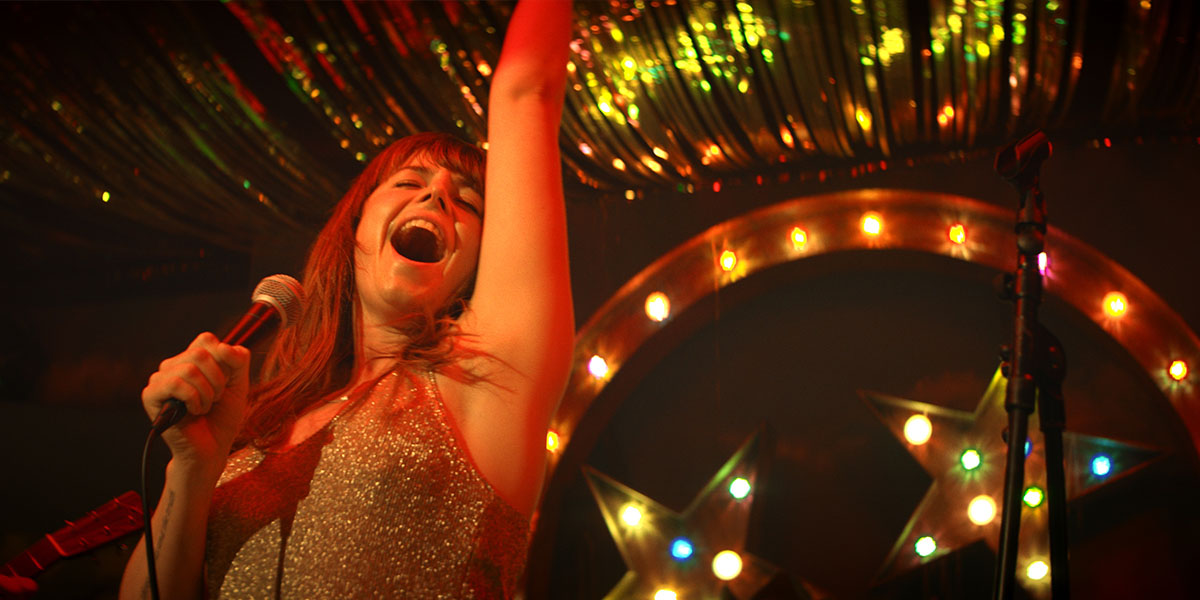 Phoenix –a girlenduring life with her brother and mentally ill mother. She’s the mother, cooking, cleaning, and keeping schedules straight, as the mother falls deeper into the pt. Her musician father takes them but he’s too busy for them. A painful and powerful look at domestic chaos.